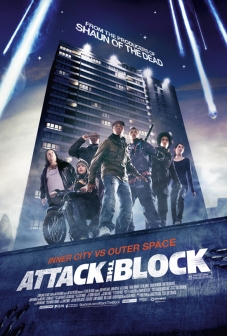 What do you get when you put a bunch of first timers who love 80s flicks and film-making? You get one the best movies of the summer and my personal favorite, ATTACK THE BLOCK. First time director Joe Cornish self proclaims his movie as, “The Goonies meets The Warriors meets Critters” while his executive producer Edgar Wright, of Shaun of the Dead and Scott Pilgrim fame, jokingly calls it “Super 8 Mile.” Joe is right in describing it as so, in the way that he weaves adventure that evokes all the emotions that has made those movies such classics.

The story centers around a group of South London teenage wanna-be gangsters and their leader Moses, played expertly by first time actor John Boyega. One night they decide to mug their neighbor only to be distracted by an alien falling from the sky. Moses investigates and is attacked and while asserting himself he kills the invading species. Only, this is just the beginning as the rest of the aliens come to extract their revenge and the actions starts. We bear witness to a group of kids who, all without adult supervision, are forced into defending their block while taking responsibility for their prior actions. At its core, Attack the Block is a coming of age story that attacks socio-political views of the inner city shrouded in humor, adventure, the occasional gory moment and lots of f-bombs. In short, it’s character studies, down to the details of even their costuming, outshine even the biggest blockbuster you can find this year.

Thomas Townend heads the camera department on his first feature and succeeds in creating his own style where, even in the small confines of an apartment building, the scope is much larger than it feels. Sound mixer Jim Greenhorn and boom op Tristan Tarrant deliver some great production audio tracks and choices that harken back to the late seventies and early eighties, choosing some great perspective tracks before bringing you into the action. Even the composer, Alexandre Desplat, another first timer, brings a pulsing score that transports you into the gang’s world. Sound designer Jeremy Price even pulls out some of his own tricks, simple stuff that just sounds great and flips your world around.

Give yourself a chance to see Attack the Block with no expectations, no hype and you’ll see why it won the audience awards at both SXSW and the LA film Festival this year. It’s simply flat out fun.

Attack the Block is out in theaters today, July 29th. Watch the trailer below.
Photos courtesy of Sony Pictures & Screen Gems. 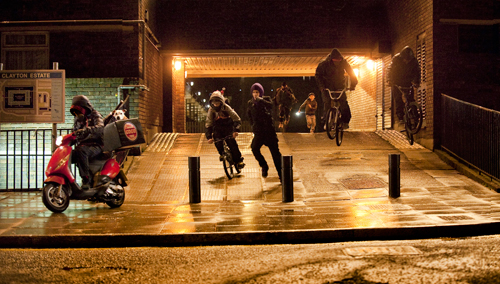 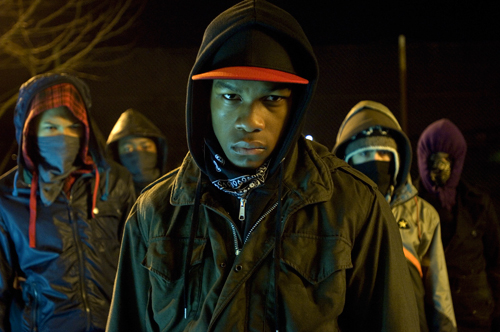 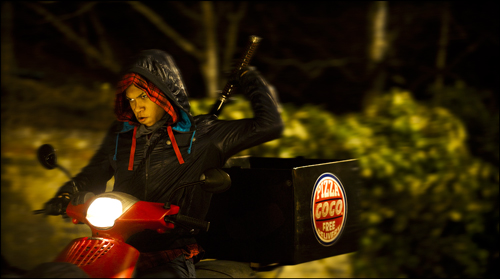 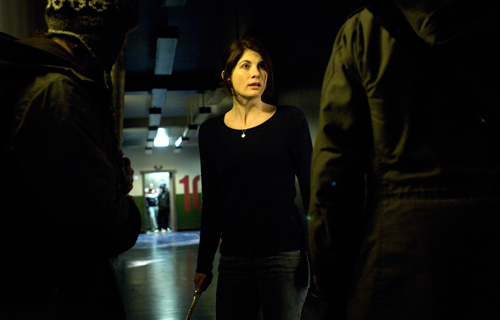 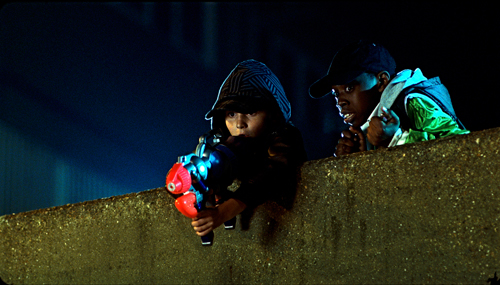 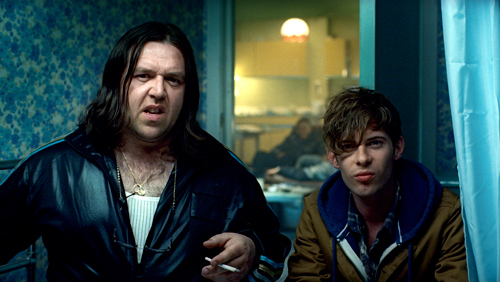 The cast is quite entertaining and the directing by Joe Cornish is spot on, but feel free to rent it.