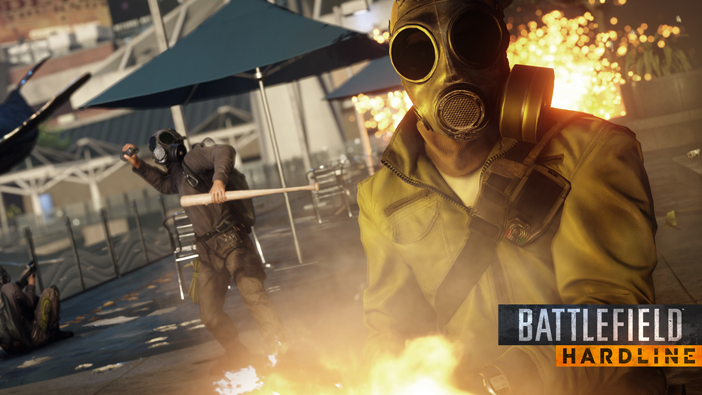 EA-owned Visceral Games are the developers behind Battlefield Hardline, the latest in the franchise set to hit this fall. Pleasing hardcore Battlefield fans may prove a tough challenge for VG, since the series seems to have a habit of releasing games before they’re finished – e.g. last year’s Battlefield 4. To avoid repeating that debacle, a beta was launched and executive producer Steve Papoutsis even thanked players for their feedback.

For us, beta play was amazing. It feels like Battlefield but in a different setting. The game focuses around cops and robbers, making it distinct from your traditional military background-esque shooters. While this does risk losing those fans who don’t enjoy the changes, if they hadn’t tried something new, wouldn’t we be complaining about playing the same game wrapped in different packaging? Maybe.

The test drive included one multiplayer map dubbed High Tension with two new game modes: Heist and Blood Money. Heist allows players a chance to blow open a vault and escape with the cash while the cops try to prevent it. In Blood Money, cops and robbers fight each other to seize a large sum of money from the opposing team. Both of these game modes are similar to capture the flag, players are going from point A to point B. The money collected in these new game modes can be used for purchasing weapons and upgrades for the player’s character.

We tend to dork out over the visuals and audio in games, and listening with our 5.1 setup and 60” screen, the game sounds and looks spectacular. 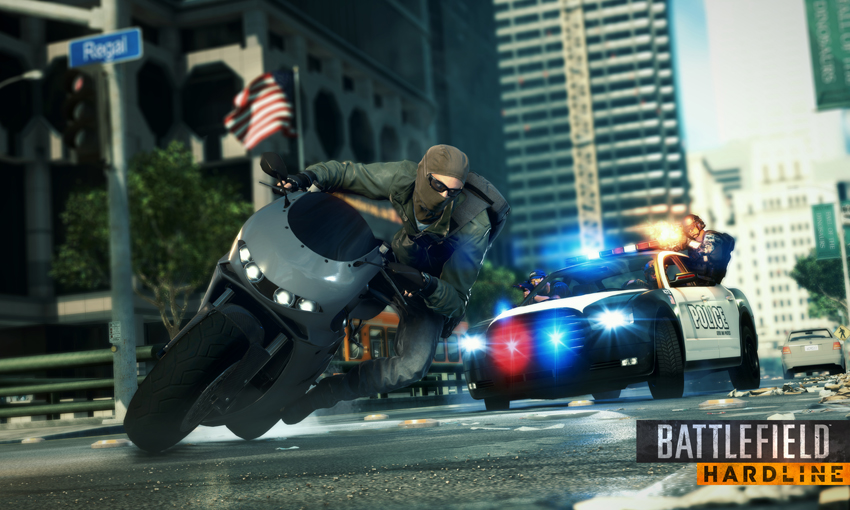 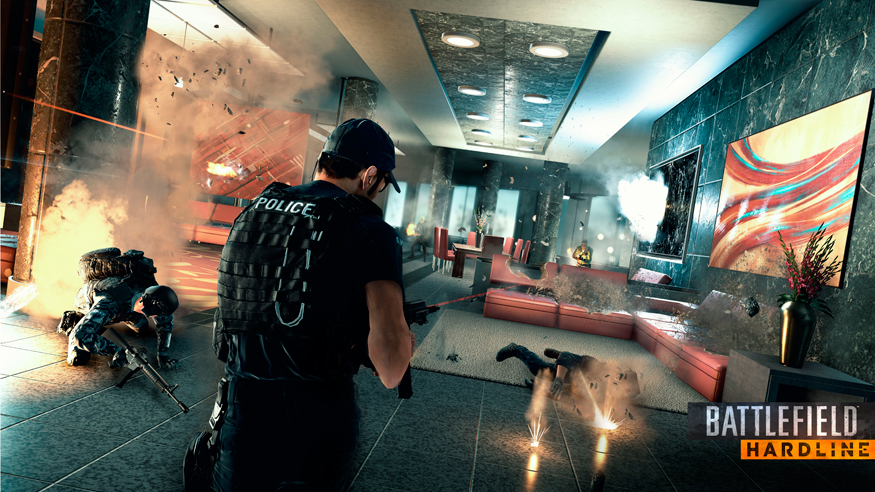 From the moment the player enters the game, we’re surrounded with calm ambience noises from the city. Shortly after the rare moment of silence, devastation throttles in full force. Audio layers of explosions and gun fire hit the player at an alarming rate, making the sounds fill the room as if we were standing in the streets ourselves. Props to audio directors Paul Gorman and Andrew Boyd, who clearly know what they’re doing – they’re definitely on the right path with the beta.

The game has a variety of weapons to choose from, each boasting stellar sound effects to match. We recommend the P90, a sub-machine gun with a high rate of fire, best used in close quarters. From clip release to reload – they fill your ears with spot-on audio amazement. They also added an ingenious audio pulse to a player’s position on the map. Depending where you are, the frequency of sound given from the enemy can pinpoint their location almost anywhere on the map.

The music in multiplayer mode even warns you when a match is almost over by fading into the background. This feature is definitely helpful when it comes to inspiration – the players have a burst of energy to make sure they finish the match strong.

Visually, the next gen graphics look beautiful. Each character’s facial expression interacts with actions going on around them. If a player’s character is seen shooting in the game their face lights up with powerful emotion. Little details like this makes gameplay more authentic and enjoyable compared to other games.

Creative director Ian Milham and the Visceral team added some unique concepts to the game, including a variety of new gadgets. Zip lines are now available to give players the ability to move between skyscrapers. The beta version of High Tension also featured a game changing element that alters the map almost completely. Players are given the option to destroy a crane in the middle of the environment. If you do, you’ll have to dodge debris while rushing through clouds of dust particles. As the rubble clears, you’re shown a new environment to continue the match.

Everything from the muzzle flashes from the gun to the helicopters exploding and then plummeting to their doom, the beta shows realistic graphics. Even player dialogue is worth noting. Let’s say you’re running out of ammo, the dialogue kicks in to inform players around you that you need more. It’s also extremely helpful when hiding out in enemy territory, dialogue can be used as a guide for an exit strategy for the more competitive players.

If the release of Battlefield Hardline is as spectacular and well-thought out (plus finished) as the beta test, we’ll be adding it to our wall of purchases. The game is set to be available on October 21st, 2014 on PC, PlayStation 3, PS4, Xbox 360, and Xbox One.