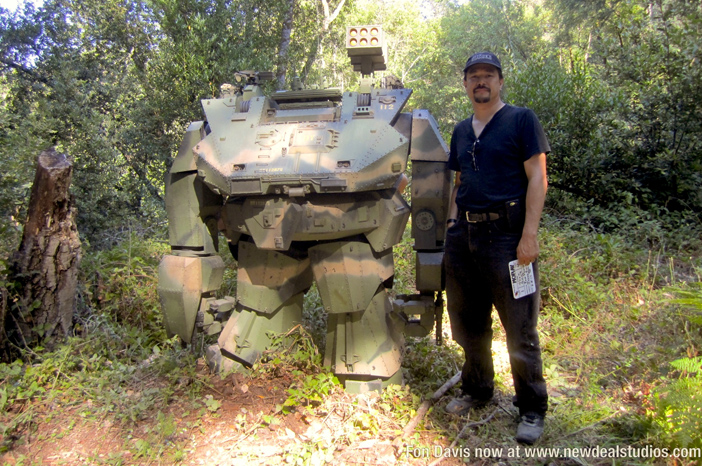 Talent is always a good investment. Fon Davis, ILM alum and founder of FonCo, has joined New Deal Studios as one of its Creative Directors. New Deal Studios (NDS) is an ever evolving creative studio that has been creating iconic imagery for 20 years.

Fon Davis, in his 25 year entertainment industry career, has worked in many areas from stop motion and miniature VFX to content development and directing. Fon will be folding the production, art department, model shop and stage of his own company Fonco Creative Services in to New Deal Studios while he looks forward to continuing his work in education and outreach in Southern California.

Fon has contributed to over 30 feature films including:

He has a long and diverse career working with:

While the film and visual effects industries experience considerable disruption. Today, there is no lack of technology and anything is possible. New Deal Studios is a tool agnostic facility with an emphasis on a realistic aesthetic. It is about the image on the screen delivering the emotion to carry the audience along with the story.

New Deal has a vision for the future and is creating it by iterating into a 21st Century Media Studio. New Deal puts an emphasis on talent and creating modern and efficient workflows for everything from web episodic and independent feature film projects to major feature films.

About New Deal Studios
Co-founded by Shannon Blake Gans, Ian Hunter and Matthew Gratzner, New Deal Studios is known for its history of stellar visual effects, supported by world class management and production services. This is the foundation upon which NDS has grown over the years and why all major studios continue to entrust NDS with billion dollar franchise and independent projects. A short list of our over 150 projects includes: Almost all the “Man” movies Batman, Superman, Ironman, Watchmen, etc. The Aviator, Shutter Island, The Departed, Alice in Wonderland, Night At The Museum 2, Whiteout, The Avengers, The Lone Ranger and Inception. www.newdealstudios.com