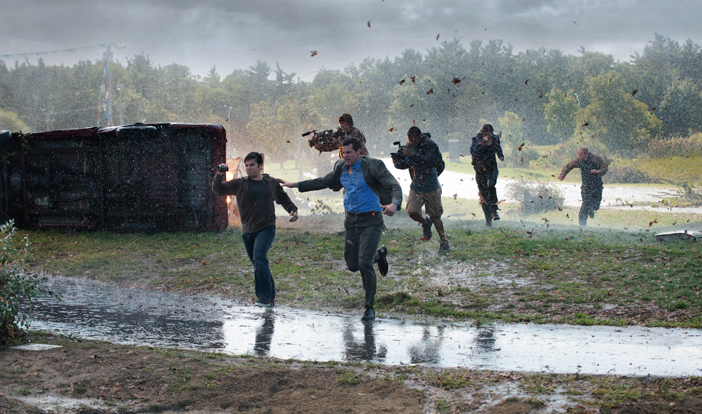 There are moments while watching Into The Storm when you feel as if your seat is going to rip from the floor and fly into the sky. From the monstrous tornadoes that seem to have a mind of their own to the massive gusts of wind and torrential rain, this film is a storm ride that could have been crafted by Zeus himself, or, in this case, director Steven Quale.

The narrative is driven by the found footage genre with help from cinematographer Brian Pearson. The visuals in this film are stunning, intricate, and powerful.

In our first encounter with one of the mile-wide cyclones, Pearson, VFX producer Randy Starr, and editor Eric Sears seamlessly bring to life a tornado that’s headed straight for Pete and his crew. Quick cuts from the ground to a news helicopter show the storm’s intensity as we watch a funnel cloud descend to the land below. It’s rendered as a thing of beauty, a testament to the delicate research Quale (a master of visual effects himself after working on Avatar and Titanic) and his team did to evoke a truly absorbing sense of realism. 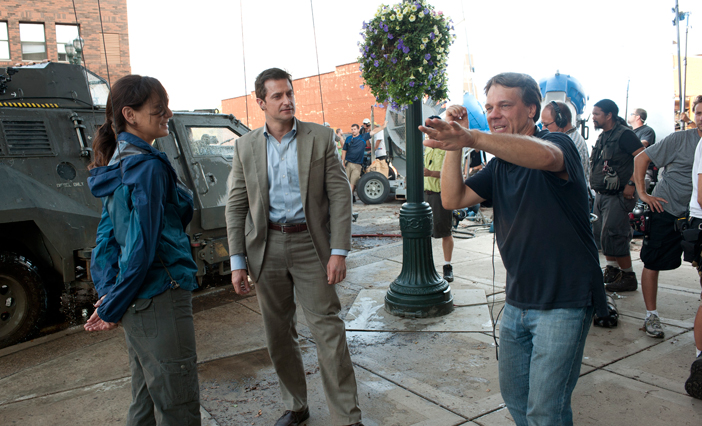 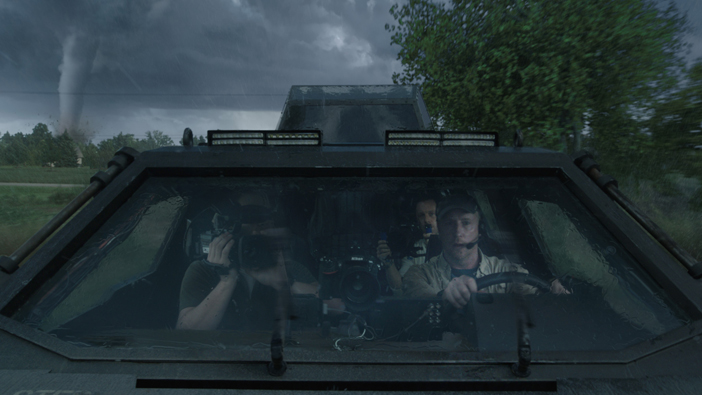 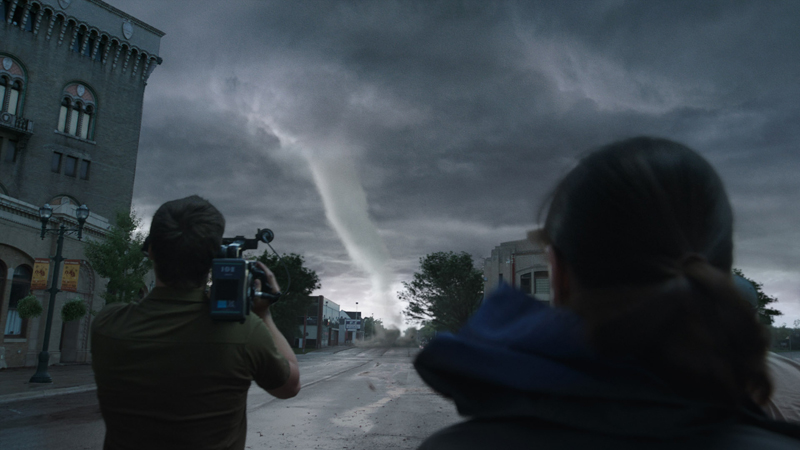 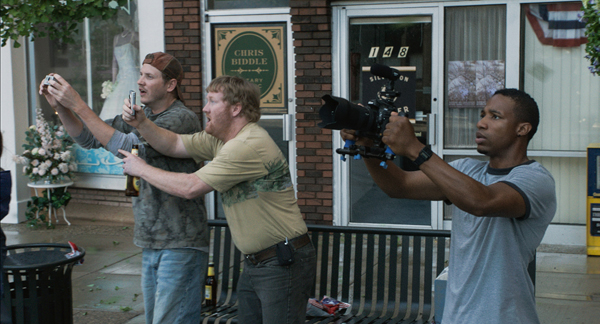 Another scene finds the hillbilly brothers surrounded by a half-dozen cyclones as they race down the open road. Trees, cars, and power lines are being ripped apart. It feels like a car chase from an action film as the image cuts from inside the vehicle to outside. The thrill ride culminates when the deadly funnel hits a gas tank causing it to explode into a fire breathing twister of death. Terrifying.

Nothing’s left to the imagination visually in this film. Buildings and cars are torn to shreds, debris shoots off like cannons, semis flipped, planes are thrown into the air like confetti – it’s not just destruction – it’s complete and total annihilation.

Of course, no disaster film would be complete without a chair-rattling score and gut-wrenching sound effects, which are delivered to us by composer Brian Tyler and sound designers Chris Assells and Jon Title. We can feel the powerful rumbling and chaos in Tyler’s score, as we shiver through the crunching and screeching of metal being smashed all around us. The punishing winds zipping past the echoing tornado sirens. The hail falling like rocks to the ground. It was a perfectly matched mix by the sound team that engaged our ears just as much it did our eyes.

When the storm finally disperses, it’s tough to catch your breath after almost an hour of non-stop pandemonium. We’re shown the harsh reality that these disasters can cause thanks to production designer David Sandefur’s sophisticated creations and visual effects. The apocalyptic aftermath of leveled houses, strewn debris, flipped cars, and torn up lawns is reminiscent of a war zone.

While the visuals offer much to praise, sadly, none of the plotlines end up being all that engaging. The dialogue is often stilted and campy. It awkwardly shifts the tone of the film so drastically from melodrama, to terror, to love, to humor that it all gets convoluted. On top of that, the characters are inconsistent from beginning to end. Their arcs lack definition, throwing them all over the place. If the film could be judged solely on its visual creation of a storm it would be a raging success.

Into The Storm winds into theaters August 8th.

If you're in the mood to turn off your mind and veg out on a weather spectacle, Into The Storm could be worth a shot, but we say rent it.