If there’s one thing that can make or break a story in Hollywood, it’s the concept. The logline, in essence, is your story boiled down to a few sentences, encapsulating everything the audience needs to know at the most basic level. The more succinct, the easier it is to understand. The same can be true of comic book characters – all high concepts, but easily focused. Think about the heroes we know and love. Superman is a visitor from another planet with powers and abilities far surpassing those of mortal men. Spider-Man gained speed and strength when he was bitten by a radioactive spider as a teenager. Batman is a lone vigilante who saw his parents murdered and vowed to fight against the darkness by becoming one with it. All effortless and to the point, but perhaps one of the best concepts in all of comics is told during the first minute of the CW’s adaptation of The Flash:

“My name is Barry Allen. I’m the fastest man alive.”

It’s simple and straightforward, almost daring you to try to keep up. The pilot introduces us to the perpetually late Barry Allen (Grant Gustin), a forensic scientist working for the Central City Police Department. One night while he’s in his office, an accident at the nearby STAR Labs causes Barry to be struck by a bolt of lightning. He wakes from a coma nine months later with chiseled abs and the ability to break the sound barrier without a sweat. He discovers there are other, more unsavory characters who were also given powers during the accident, and with the help of the disgraced STAR Labs scientists, he decides to track them down, take them out, and become a protector of the city.

When comics are adapted for television, there’s always a sense of dread and worry among fans that, unlike in the world of film, there won’t be enough budget or time to properly show off the astonishing powers and abilities of the heroes on the small screen.

The Flash blows that theory out of the water.

Visually, this show is epic. Because it’s an origin story, it does take some time to get to the eye candy, but once Barry is hit with the lightning bolt, the show wastes no time in flexing its visual effects muscles. Visual effects supervisor Armen Kevorkian (The Tomorrow People) and the team at Encore VFX had to find a way to highlight the powers of a hero who moves within the blink of an eye. What they offered is spectacular, showcasing exciting optics for viewers to follow without losing the sense of speed necessary for the show to work.

When running, Barry is a blur, with streaks of red and yellow trailing in his wake. The camera navigates his path, intercutting overhead city shots with various perspective angles including Barry’s own point of view. When we see the world through his eyes, it reminds us of when you click-travel in Google Maps street view – fast, indistinct. In contrast, when Barry isn’t a flight on foot, his speed can slow everything down around him. In a scene where Barry meets his close friend Iris (Candice Patton), he realizes something’s different about him when a tray of drinks spills to the ground so slow it’s almost backwards. This type of camera work gives audiences a unique viewpoint – we almost become The Flash ourselves. 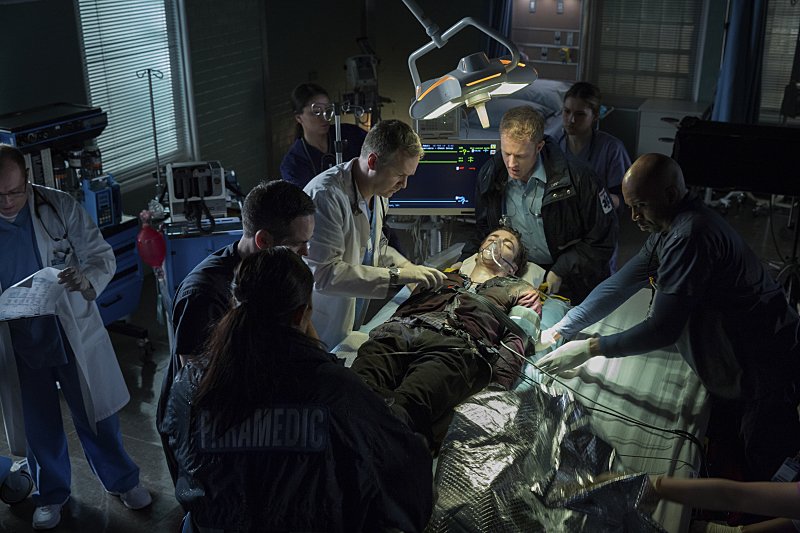 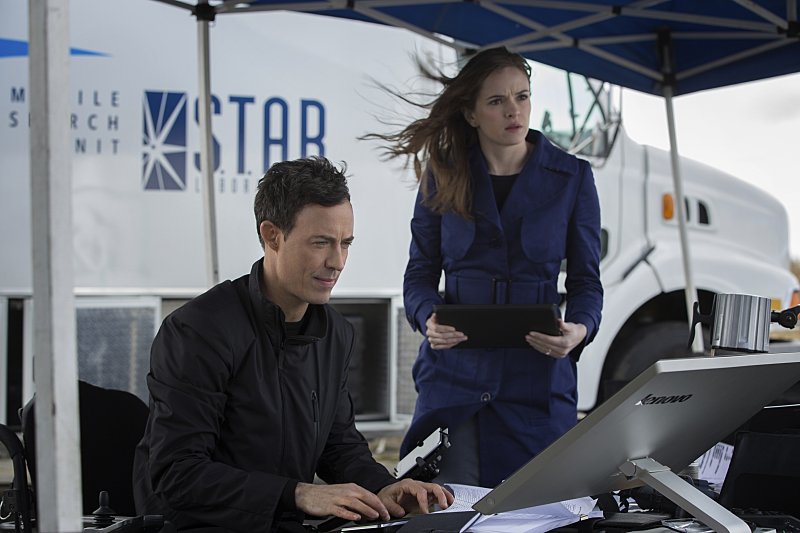 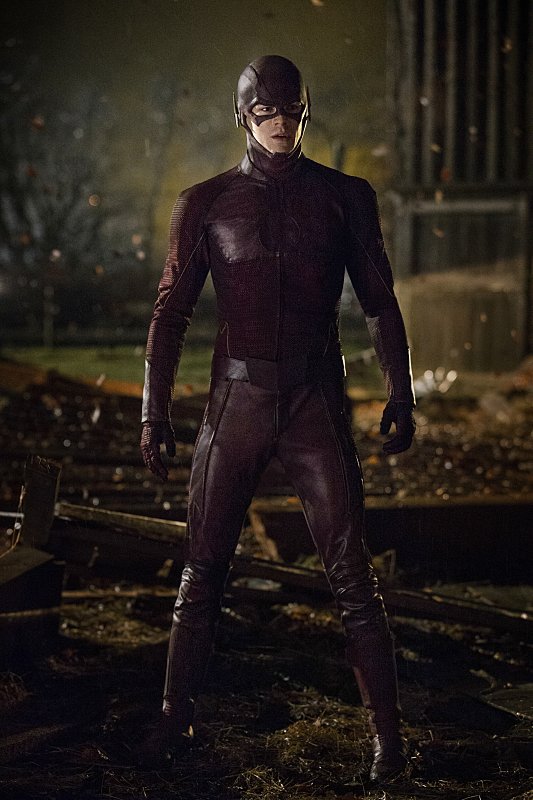 Besides the great visuals, director David Nutter (Game of Thrones), cinematographer Glen Winter (Smallville), and editor Paul Karasick (Arrow) managed to carve in moments of humanity to the characters in this fantastic world. When Barry first explores what he can do, a hint of a smile crosses his face just before he takes off across the city, revealing the excitement of a scientist making a new discovery and the joy of someone who’s always been ordinary turning into something so much more. It’s nuances like these that help ground us in the realism of a true character-driven narrative instead of the show becoming just a visual spectacle. Nutter offers a similar notion, “What’s important is you have to care about what you’re watching and the characters you’re watching and what they are going through. Without having an emotional connection or some relatability to the characters, there’s really nothing to root for, in some respect.”

Also adding to the realism of the storyline is the audio mix. The sound department did a superb job in creating the sounds for The Flash as he zooms around Central City. The mix feels very light and unobtrusive during non-action sequences, but when Barry starts to speed up, the mix, not unlike Barry himself, feels like it goes from 0 to 600 almost immediately. Thunder-cracks, booms, wind effects, and whooshes are all used to create the intensity and the force Barry generates when he’s on the move.

The pilot is littered with Easter eggs fans can look for, and when Barry reveals himself in the red suit, the visual and audio techniques are used in concert with each other with great excitement. Without spoiling too much plot, we can confirm there’s an Arrow sighting in the pilot, and be sure to keep a look out for episode eight – from what we hear, it’s going to be awesome.

Despite the stunning visual effects and balance between realism and the extraordinary, the show did feel a little… borrowed. But what show isn’t nowadays? It has the awkward hero portrayed in the Spider-Man films mixed with the meteor freak villains motif in Smallville, but The Flash actually improves on them. It’s Spider-Man minus the whining, and it’s a Smallville that embraces the superhero aspect of the material.

The Flash is definitely cast from a similar mold as many of the shows on the CW, but at a time when so many versions of comic book heroes have turned dark, grim, and gritty, The Flash offers a brighter and more refreshing alternative. The show premieres Tuesday, October 8th on the CW.

While some elements of the show feel familiar, the visual effects, humor, and respect for the source material is enough to come back for more.