Presented by the TEC Foundation, the TEC Awards is the pro audio industry’s most prestigious awards show honoring outstanding achievement in product innovation and sound production. The 30th Annual TEC Awards will be presented during the 2015 NAMM Show, to be held in Anaheim, Calif. in January 2015. The nominations, based on product entries by audio manufacturers, were made by a select panel of 130 professionals in numerous audio specialties. Products and projects released and in commercial use during the period of September 1, 2013 to August 31, 2014, were eligible for nomination.

Greg Beebe, president of Sennheiser USA, commented: “Sennheiser is once again honored to be nominated for Outstanding Technical Achievement Awards by the TEC Foundation. The Esfera system and the HD8 DJ represent our continued commitment to product innovation and our passion for achieving great sound.”

The Esfera surround microphone system
The Esfera system consists of the SPM 8000 two-channel microphone unit and the SPB 8000 processing unit. The microphone unit features the typical advantages of RF condenser microphones: natural and detailed sound, transparency, ruggedness and high resistance to adverse climatic conditions. The processing unit uses an algorithm perfectly matched to the microphones to generate a 5.1 surround signal with sampling rates of up to 96 kHz. An integrated compressor ensures a broadcast-friendly signal. For ease of operation, the processing unit uses four directly selectable presets. These can be modified via an Ethernet interface to adapt to local conditions, including the settings for the gain of the individual channels, front and surround focus, surround delay, rotation, filters and cut-off frequencies, compressor, make up gain, output gain, limiter and windshield compensation. 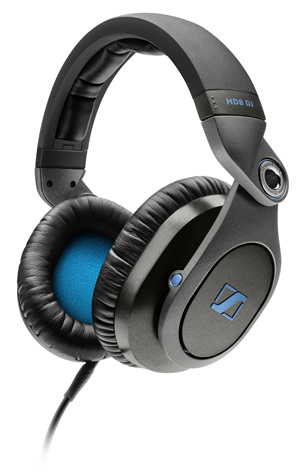 The HD8 DJ
Building on the legacy of its iconic HD 25 DJ headphones, which have been used by the world’s leading music producers and DJs for 25 years, the HD8 DJ headphones are designed for the most demanding users and punishing professional environments. The HD8 DJ delivers excellent sound reproduction with the highest levels of external noise attenuation.

Constructed of premium metal-crafted reinforcement parts, the HD8 DJ are built to deliver on stage or in the studio. Its iconic metal pivot rings allows the user to swivel the ear cups up to 210° for easy one-ear monitoring at the turntable. Soft, durable ear cushions ensure a comfortable fit, while virtually eliminating background noise.

The Sennheiser Group, with its head office in Wedemark (Hanover Region) is one of the world’s leading manufacturers of microphones, headphones and wireless transmission systems. In 2013 the family company, which was founded in 1945, realised a turnover of around 590 million euros. Sennheiser has more than 2,500 employees worldwide and operates its own factories in Germany, Ireland and the USA. The company is represented worldwide by subsidiaries in France, Great Britain, Belgium, the Netherlands, Switzerland and Lichtenstein, Germany, Denmark (Nordic), Russia, Hong Kong, India, Singapore, Japan, China, Australia and New Zealand, Canada, Mexico and the USA, as well as by long-term trading partners in many other countries. The company Georg Neumann GmbH, Berlin (studio microphones and monitor speakers) and the joint venture Sennheiser Communications A/S (headsets for PCs, offices and call centres) are also part of the Sennheiser Group. You can find further up-to-date information about Sennheiser online at www.sennheiser.com.