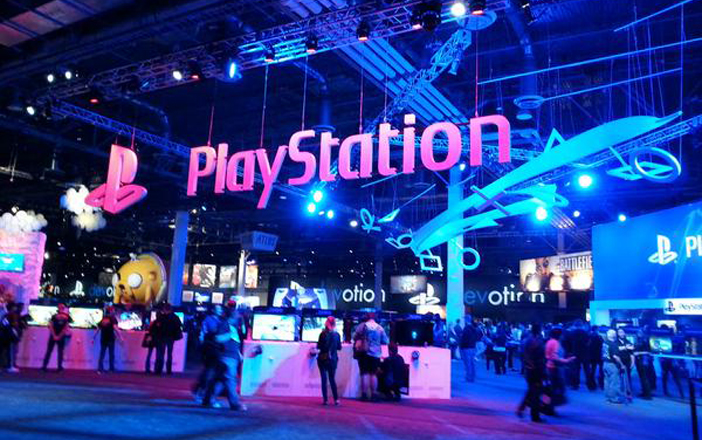 Heading into Sony’s PlayStation Experience (PSX), nobody knew what to expect. Was it a celebration of the PlayStation brand, which turned twenty this year? Was it a mini-trade show, designed to hold the media over until the next E3? Or was it a promotional event, scheduled during the holiday season to move as many PlayStation consoles as possible?

The answer, as it turns out, was none of the above. Yes, some new games were announced, and yes, Sony cranked its hype machine up to eleven. The Las Vegas–based Sands Convention Center hosted over a hundred playable games, many of which were still in production. But the central focus of PSX wasn’t really gaming – it was unity. Over the course of the two-day event, held on December 6th and 7th, fans and developers came together as equals, learning from one another and bonding over their shared enthusiasm for video games.

This sense of community was an unexpected but welcome surprise, and the mix of players and professionals made PSX much more than just a series of software demos. Everyone from top-level Sony execs to casual gamers seemed genuinely excited to be there. That sentiment started during the keynote, when Sony Computer Entertainment president Shawn Layden thanked the audience for their passion, and continued until the convention hall closed on Sunday evening.

Just look at how David Jaffe, creator of God of War and Twisted Metal, announced Drawn to Death, the upcoming arena shooter from The Bartlet Jones Supernatural Detective Agency. After taking the stage, Jaffe went off-script and thanked fans for “taking care of his family” for the past twenty years. Later, when discussing Drawn to Death’s multiplayer gameplay, Jaffe noted that guests at PSX would have a chance to say what they liked – and what they didn’t – about the new game. That’s a great opportunity for fans, who get a peek into the creative process of one of the industry’s most acclaimed designers, as well as the developers, who get to test their game with a massive audience well ahead of schedule.

Drawn to Death was one of the most popular titles at PSX, and true to his word, Jaffe and his team personally manned the booth all weekend, taking notes and chatting with players. It didn’t hurt that Drawn to Death was aesthetically the most innovative title at the show. The game is set inside the notebook of a bored, artistic, and potentially disturbed high school student. Players assume the roles of the teenager’s pencil-and-ink doodles, and then battle it out in an ever-changing, pencil-and-ink world. Both the audience and the developers seemed excited about the title, and it’ll be interesting to see how the game changes over the next few months (or years), as fan feedback shapes the experience.

The rest of the show felt just as communal. While the lines on the show floor were never too long, developers hung around most booths anyway, talking with guests while they waited. Sometimes, they’d pick up spare controllers and play along with fans. Panel discussions were refreshingly candid, and developers seemed eager to answer questions as thoroughly as their nondisclosure agreements would allow. On more than one occasion, you could find Double Fine Productions mastermind Tim Schafer or The Last of Us creative director Neil Druckmann perched on a couch in the lobby, taking pictures with some of their biggest fans.

Fan and developer interaction was just one of the ways in which the PlayStation Experience was surprisingly progressive. For a show that was sold as an anniversary celebration, it was surprisingly light on nostalgia. The keynote went by without a single mention of classic PlayStation franchises like Grand Theft Auto, Metal Gear Solid, Ratchet and Clank, LittleBigPlanet, Twisted Metal, and many others. There were a few nods to the past, of course. Shannon Studstill from Sony’s Santa Monica Studio showed off a new top-down dungeon-crawler based on the Fat Princess franchise, while Yacht Club Games announced that God of War protagonist Kratos will be a playable character in the PS4 version of Shovel Knight.

Upcoming titles received most of Sony’s attention. A new trailer for The Order: 1886 showed off the game’s cinematic cutscenes, while presentations featuring Bloodborne and Until Dawn featured live gameplay footage. Many independent titles were announced for the PS4, including Darkest Dungeon, a side-scrolling role-playing game (RPG) with gorgeous hand-drawn art, and Enter the Gungeon, a dungeon-crawler that shakes up the traditional roguelike formula by introducing guns as the primary weapon.

And then, of course, there was Uncharted 4, which got its first real-time demo during the keynote. No surprises here – the game is gorgeous. Its lush jungles and sweeping vistas are absolutely stunning on the PS4. Thanks to more complex particle systems, the game’s smoke, dust, and explosions look even more realistic. At one point during the demo, a small avalanche sent a series of boulders tumbling to the ground. Rocks smashed into one another with what looked like a perfect, real-time physics simulation. Drake’s climbing still comes across as a little robotic, especially when he rounds corners, but melee combat animations are much better than before. Every fight looks both entirely unique and brutally savage, making the series seem more cinematic than ever.

Uncharted 4’s gameplay isn’t quite as revolutionary as its graphics, but the series’ mechanics have always been fairly strong, and more of the same isn’t necessarily a bad thing. Drake still climbs along preset paths and mows down armies with an arsenal of semiautomatic weapons. New gadgets like a grappling hook and climbing spike look neat, but refine the Uncharted formula rather than reinventing it. The demo didn’t offer many clues regarding the plot, either, with one notable exception: Troy Baker will apparently voice Nathan Drake’s older brother.

Not every part of the keynote was that exciting. Word that Street Fighter 5 will be a PS4 exclusive leaked days before the event, and the brief gameplay video didn’t look all that different from Street Fighter 4. Sony’s San Diego Studio showed a trailer featuring MLB 15: The Show cover star Yasiel Puig, but didn’t share any information about new gameplay mechanics. Fans have demanded a Final Fantasy VII remake for years, and Square Enix briefly teased the possibility before unveiling a straight port of the PS2 original. Unintentional or not, that was a cruel trick, and the announcement was the only time all weekend that the crowd seemed visibly disappointed.

While the PS4 was well represented at the show, the poor PS Vita seemed like an afterthought. Gio Corsi, SCE’s director of third-party production and developer relations, announced seven “new” Vita games, but two (Suikoden 1 and 2) were digital rereleases of older titles, and the others were simply ports of existing PS3 and PS4 games.

In fact, Severed, a first-person RPG from DrinkBox Studios, was the only Vita-exclusive title announced during the entire event. Severed sports an art style reminiscent of DrinkBox’s previous game, the luchador-themed platformer Guacamelee!, but its touch-based combat is completely new and extremely addictive. But Severed is just one game, and it’s no coincidence that the Vita section of the floor felt like a ghost town for the entire weekend.

The whole event was extremely well run, with a large but manageable crowd, a well-organized show floor, and a wide variety of games to play and panels to attend. That’s not a huge shock – Sony’s a big company. It has done this sort of thing before. Ultimately, though, the strength of PSX wasn’t the breadth or depth of the content on display, but rather the ability to interact with fans and professionals alike. Anyone interested in the video game industry, Sony fan or not, should definitely consider checking it out when Sony inevitably holds it again next year. After all, Steve Layden didn’t refer to it as the “first annual” PlayStation Experience by accident.