On January 23, thousands of people around the world crammed into university computer labs, community centers, and urban apartments, armed with laptops and united in a single goal: to make a video game in less than 48 hours. That day kicked off the seventh annual Global Game Jam, a globe-spanning event in which professional and amateur developers struggle to finish a game in only two days.

The event is the brainchild of Northeastern University professor Susan Gold, who wanted to create a forum where her game students could take what they were learning in the classroom and apply it to the real world. Inspired by the Copenhagen-based Nordic Game Jam, Gold worked with Ian Schreiber and Gorm Lai to establish the Global Game Jam under the auspices of the International Game Developers Association.

The event has succeeded beyond Gold’s wildest dreams. Participants in this year’s Global Game Jam submitted roughly 5,400 finished (or almost-finished) games – about 5,000 more games than the event produced in 2009, its inaugural year. It was the biggest turnout yet, with 518 game jam locations registered across 78 countries.

The Global Game Jam might be the biggest game jam, but it wasn’t the first. That honor goes to the Indie Game Jam, which was started in 2002 by Chris Hecker and Sean Barrett, and featured just a handful of developers, including Braid creator Jonathan Blow. The IGJ petered out after a few years, but other events – the annual Nordic Game Jam, the online-only Ludum Dare series, and the first-person shooter–focused 7DFPS among them – carried on the tradition.

Participants in game jams don’t need any prior programming experience. While it helps to have at least one dedicated programmer on a team, many first-time game-jammers have never written a single line of code. Artists and sound engineers are usually in high demand during the team-building phase, although over the course of the weekend most participants go hands-on with almost every aspect of game development. 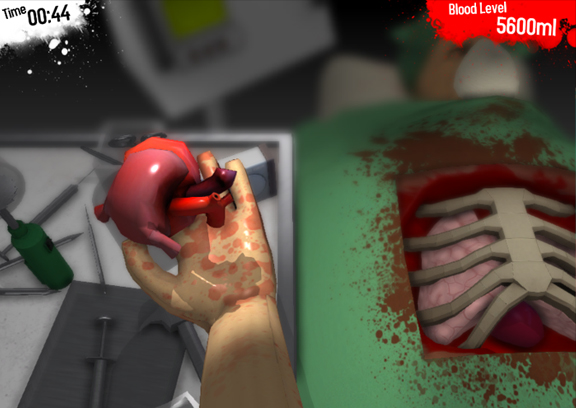 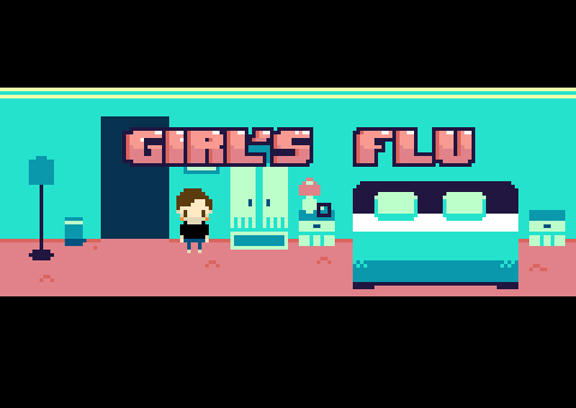 While the Global Game Jam champions creativity, there are some rules. Teams can use pre-made libraries and game engines (Unity is the most popular platform, providing the basis for roughly half of the games produced during this year’s event), but game-specific assets must be created from scratch. Teams who want an extra challenge can saddle their game with up to four additional restrictions, called “diversifiers.” This year’s diversifiers include “Stephen Hawking Can Play This,” which requires that the entire game (including menus) can be played with a single button, and “Relatively Speaking,” which mandates that the game must revolve around Einstein’s theory of general relativity.

This year’s (somewhat controversial) subject was “What do we do next?” and the interpretations of that theme were just as diverse as the teams themselves. Many of the participants took the statement literally. For example, Sofa Slackers, designed by Stephanie Dykes (coding), Jay Zuerndorfer (coding), Rhys Saraceni (art), Charles Hancock (art, coding, sound), Izaak Lakkia (art), Nic Alton (art), and Amy Lambeth (art), centers on two burnouts trying to figure out how to pass the time. It’s up to the player to stop that from happening. The game works as a sort of anti–Candy Crush; as the two slackers sit on the couch, icons representing different activities fall from the sky. “Catching” an idea puts the icon in a Tetris-like grid. If any of the icons line up in a series of three or more, the slackers leave the couch and the game’s over. The creative team, based in Atlanta, Georgia, built this web-based game on the Unity engine with the help of FamiTracker, GIMP, and Photoshop.

Similarly, Girl’s Flu, by programmer Leong Wai Yin and artist Mok, captures the crisis that ensues when a clueless father helps his daughter cope with her first period. Dad runs around the house, gathering objects. It’s up to him to combine items into comforting combinations like warm milk or sandwiches, ultimately relaxing his anxious daughter. It’s a charming, heartfelt game, with simple sounds and 8-bit style graphics. Mok originally wanted 16-bit sprites, but settled for a simpler design to save time. The Malaysia-based team developed the PC/Mac game on the Unity engine, with sound effects generated by as3sfxr and music by Eric Skiff.

Other teams used the theme to do something more experimental. The UK-based team behind What Have We Done?! rigged up a random-word generator that went off every three hours. Whatever the computer spit out ­– including teapots, space, and a “mountain gun” – became part of the game. Developed on the Unity engine, the PC game was brought to life by coders Alex Zeitler, Keneth Mackinnon and Brian Beacom, artists Matt Zanetti and Daniel Popa, and audio designer Laurie Bell.

Escalate, by Berlin-based developer Daniel Helbig, hosts an interactive Choose Your Own Adventure–style story where players create the narrative. The web-based game, also powered by the Unity engine, doesn’t tell the story itself, but leaves the question “what do we do next?” up to the audience. The game provides the structure, but not the narrative. Each scene is drawn/written by a different person, with art and text credits going to Miriam Komorek, Benjamin Scharff, and other contributors recruited via the game’s Tumblr page.

While development is technically supposed to stop at the end of the Global Game Jam’s 48-hour period, many developers turn their prototypes into fully fledged games. A number of titles that started as GGJ projects have gone on to headline the Independent Games Festival, while others – like Bossa Studios’ minor sensation Surgeon Simulator 2013 – become legitimate commercial successes. Tom Jackson developed the game on the Unity engine, with designer/voice actor Luke Williams and artists James Broadley and Jack Good. Boasting the tagline “Malpractice makes perfect,” it’s now available on PlayStation 4, Steam, and Apple/ Android mobile devices.

The 2015 Global Game Jam might be over, but the games live on at the Global Game Jam website, where they’re available for free. Some standouts include Apocalypse Gardening, a twin-stick shooter in which players must fight off zombies and tend flowers; Mexican Standoff, a surprisingly tense puzzle game; and Operation: REDACTED, a spy-management simulator that feels a little bit like Papers, Please. And, of course, planning for the next Global Game Jam has already begun. Make sure you’re well rested and that your laptop’s in tip-top shape, because January 2016 is only eleven months away.