Home-based virtual reality isn’t coming. It’s already here. While the Oculus Rift still hasn’t hit store shelves, devices like Samsung’s Gear VR (and its budget alternative, Google Cardboard) already have, and for many consumers, virtual reality is little more than a cell phone, a headset, and a pair of decent headphones away. As Doom creator and Oculus CTO John Carmack recently told Fortune, people who try the virtual reality system “walk out a believer.” It’s big, it’s exciting, and if the companies backing VR play their cards right, it could change the video game market permanently.

The new technology represents a huge opportunity for digital storytellers, too. Imagine stepping in to investigate a CSI-style murder scene, or going back in time to hunt dinosaurs, and feeling like you’re actually there. But there’s a risk, too. As digital worlds get more immersive, will the format limit the type of stories that can be told?

After all, it’s easy for a television or film audience to distance themselves from the characters in a crime drama. It’s harder to do that when you’re performing the crimes yourself. Virtual reality might create an unprecedented sense of presence in a digital world, but what happens when that world isn’t a particularly nice place to visit? There’s a reason why most VR games currently center on spaceships and giant robots. It’s fun to shoot machines, but it’s going to be more uncomfortable when the targets feel like living, breathing people.

This is the kind of issue that has plagued the Grand Theft Auto franchise for years. The series, a free-form criminal simulator that takes place from a third-person perspective, tasks players with robbing banks, assassinating crime lords, and hunting down cops. Yet despite the game’s violent content, gamers love it. In fact, the more immersive the series becomes, the better it sells. The most recent entry in the franchise, Grand Theft Auto V, moved over 40 million copies and became one of the best-selling console titles of all time. 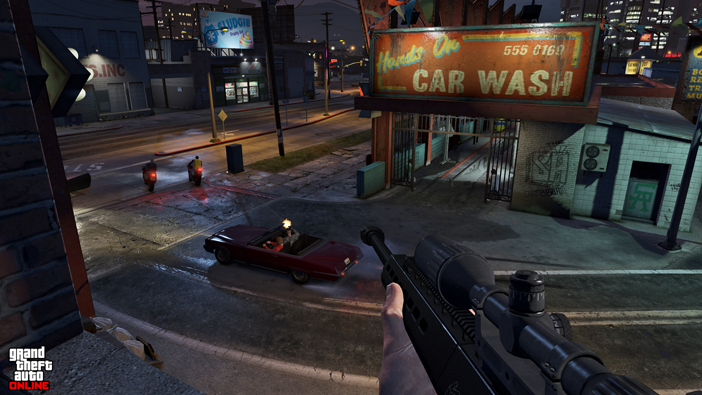 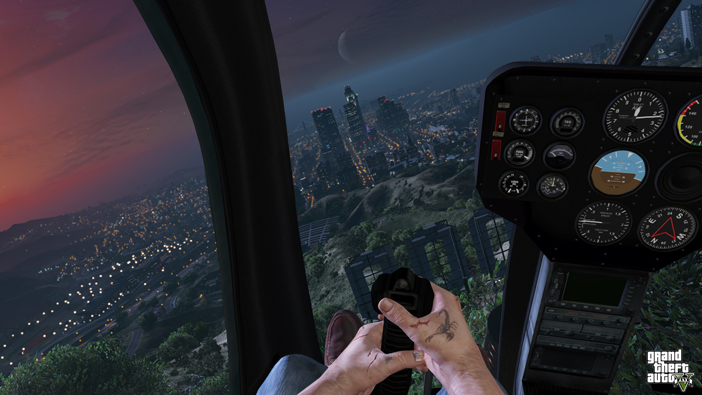 When GTA first moved to 3D, it was easy to disassociate oneself from the on-screen carnage. The PlayStation 2’s limited graphics processor made characters look more like action figures than real people, while the environments and stories evoked specific Hollywood productions like Miami Vice, Scarface, and Menace II Society. These references, combined with the games’ over-the-top tone, made everything feel like a parody. It’s hard to take anything that happens in the game seriously, and the player’s actions don’t feel like they really matter.

Grand Theft Auto IV changed things. The increased power of the Xbox 360 and PlayStation 3 allowed developer Rockstar to create environments that actually looked real. Rockstar North art director Aaron Garbut told Edge that he credits this to improvements in the game’s lighting system, particularly the real-time shadows, which made the environments feel more “solid.” GTA IV was also the first title in the series to have motion capture and voice-overs performed by the same actors. It’s no coincidence that, for the first time in the franchise’s history, the characters felt like actual people.

With GTA IV’s increased realism, Rockstar had to find new ways to distance players from the in-game violence. It tried to do this via the story. Protagonist Niko Bellic might’ve been a mass-murderer, but boy, did he feel bad about it. This approach only partially worked. Many players complained about the game’s dour tone, and Niko never seemed to really believe what he was saying. Grand Theft Auto is an action franchise. For someone who complained about killing, Niko seemed to do a lot of it anyway.

With GTA V, Rockstar stumbled on a more effective way to distance the player from the violence: introduce more than one character. Players can now switch between one of three main characters at any time: Trevor, Michael, or Franklin. Even better, when a character isn’t being controlled, he’ll go off and have his own adventures — without the player’s involvement. 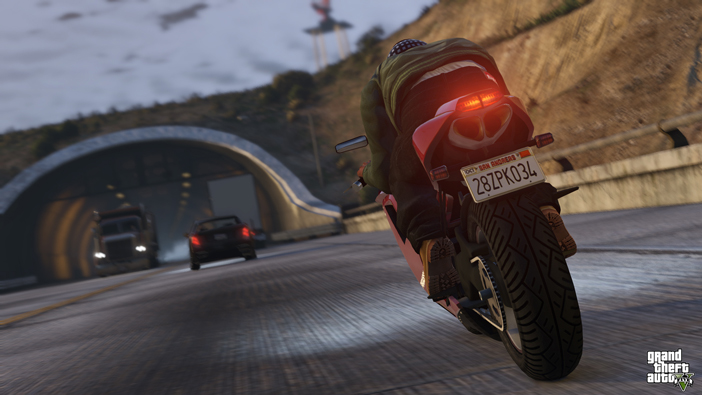 When players switch back to a character after an extended time away, they might find him in the middle of a firefight, fleeing police, passed out drunk in an alley, or sitting in a car, quietly weeping. The player never learns why, but it creates the feeling that a character exists even when you aren’t controlling his actions. As Rockstar co-founder Dan Hauser told Polygon, “It’s a life he’s living, that you’re not involved in.”

The developers chose this triple-protagonist structure to increase gameplay opportunities and to tell a specific story, but it pays off in other ways, too. When GTA V’s characters partake in particularly heinous activities, it’s easy to shrug them off. The character did that. He has his own life and his own motivations, and he makes his own decisions. Players aren’t responsible for his actions; they just help him out from time to time.

It’s an effective technique, which is why it’s interesting that Rockstar effectively undid it when moving the title to the current generation of consoles. Not only do the Xbox One and PlayStation 4 versions of GTA V include a breathtaking new lighting system, higher resolution textures, and completely revamped 3D models, but the new editions of the game also introduce a first-person camera to the franchise for the first time.

Playing in first-person changes everything. Suddenly, there’s no longer any distance between the player and the character. You’re in the driver’s seat with him, looking through his eyes as he shoots police officers or holds up convenience stores. It’s an exhilarating experience, but one that carries its own set of consequences. On release, many reviewers observed that the new perspective made the game’s violence feel more immediate, and more than one critic noted that they were no longer comfortable with the random chaos that has become the series’ trademark.

The first-person view of GTA V has led many gamers to wonder what the experience would be like on the Oculus Rift. That seems like a bad idea. In virtual reality, the player isn’t just controlling the protagonist, he effectively is the protagonist. Does anyone really want to be Trevor Phillips, a character who tortures innocent civilians and kills rednecks just for fun?

It’s not just Grand Theft Auto that might be affected, either. Most modern video games are predicated on some form of violence, and if virtual reality really catches on, it’s hard to imagine things staying that way. The Oculus Rift and its ilk don’t just represent a seismic shift in the way stories are told; if VR truly captures the public’s imagination, it’s likely that the types of stories we’re telling might change as well.