Video games might be absent from the British Academy of Film and Television Arts’ official title, but the BAFTAs have been handing out interactive entertainment awards since 1998, when GoldenEye 007 won the BAFTA Interactive Entertainment award for Best Game.

Today, the British Academy Game Awards honors games across seventeen categories in their own stand-alone ceremony, split by technical category (as opposed to genre). Unlike the BAFTAs, which requires nominated films to premiere in the U.K. first, most of the video game categories are region-free. As long as a game came out in Britain during the eligibility period, it’s fair game.

This year, the horror-survival title Alien: Isolation leads the pack with six nominations, followed by the first-person shooter Far Cry 4 and mobile-puzzler Monument Valley with five each. Those are three great games, and they deserve each and every nomination. Despite the odds, however, these games may not end up the big winners when BAFTA hands out the trophies on March 12.

Let’s look at some of the bigger categories. 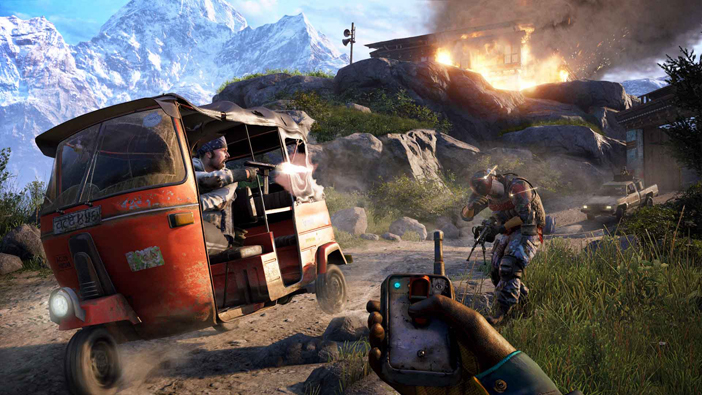 If any one category represents the full spectrum of game development, it’s the Artistic Achievement award. On one hand, you have triple-A blockbusters like Assassin’s Creed Unity (art director Mohamed Gambouz, assistant art director Patrick Limoges, and 3D graphics programmer Jean-Sébastien Guay), and Far Cry 4 (art directors Jean-Alexis Doyon and David Wilkinson, and animation art director Scott Mitchell), which focus on HD visuals and stunning photorealism. On the other side, lesser known games like Hohokum (a collaboration between artist Richard Hogg and the Honeyslug team) and Lumino City (creative director Luke Wittaker and the State of Play team) present players with bright, abstract worlds that look like they’re made out of construction paper, or scribbled in marker.

Of all the nominees, however, this is Monument Valley’s award to lose. More than any other game on the list, this indie puzzle title’s unique graphics are a crucial part of the gameplay itself. Players guide a princess through a minimalist, M.C. Escher-esque kingdom, using the camera to create optical illusions and unlock new pathways along the way. Without very specific aesthetics, Monument Valley just simply wouldn’t exist. It’s the perfect marriage of visuals and gameplay, and should earn game director Neil McFarland and the Ustwogames team yet another addition to their growing collection of awards. 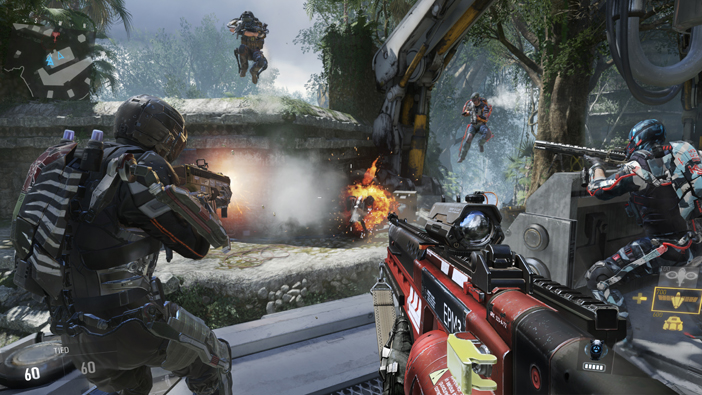 In the past, BAFTA has given audio honors to games like Battlefield 3, Journey, and The Last of Us – titles where the sound enhances the experience and the atmosphere, but isn’t a gameplay focus. This year could be different. While some of the games, like Alien: Isolation (audio director Jeff van Dyck and the Creative Assembly team) and Call of Duty: Advanced Warfare (audio director Don Veca and the Sledgehammer Games team), earned a nomination based on their Hollywood blockbuster-like soundtracks, others push sound to the forefront, actually making music an interactive element.

Disney Fantasia: Music Evolved (audio director Eric Brosius and the Harmonix Music Systems team), for example, uses the Xbox Kinect to let players conduct and change its musical score, evoking the “Sorcerer’s Apprentice” scene from the original Fantasia film. In The Sailor’s Dream (audio director Simon Flesser and the Simogo team), music is used to convey the game’s story, while digital instruments allow players to augment the pre-existing soundtrack, creating a greater sense of connection to the world.

The other nominees are slightly more confusing. Mario Kart 8 (director Kosuke Yabuki and the Nintendo team) is a fantastic game, with a soundtrack that’s just as polished as one would expect from a first-party Nintendo product, but there’s nothing especially unique about it, either. It sounds like a regular Nintendo game through and through, particularly the music, with plucky tunes that never quite move from catchy to classic. The Banner Saga (sound designers Michael Theiler and Peret von Sturmer) sounds great, with Austin Wintory’s score in particular standing out, but it doesn’t have either the technical wizardry or the innovation of other nominees.

The winner in audio depends on what BAFTA’s looking for. If this is a technical award, then Call of Duty will probably nab the award. If it’s about innovation and interaction, look for The Sailor’s Dream to emerge victorious.

No game from the past year captured the public’s imagination like Bungie’s Destiny. Quite simply, people can’t stop playing it. Given that the Game Design award honors a title “that captivates and engages the player,” this category seems like a no-brainer. Destiny wins, right?

Not so fast. Destiny might be popular, but even dedicated players aren’t exactly sure why. In fact, as the game gets older, its flaws become more and more apparent. The game is addictive, but that doesn’t mean that it’s good.

In fact, almost every other title nominated in this category has a better claim to the game design prize. The Creative Assembly development team flawlessly converted the tension of Ridley Scott’s sci-fi classic to an interactive medium in Alien: Isolation. In Far Cry 4, director Patrik Methe, AI designer Hugo Desmeules, and lead designer Andrea Zanini built on the solid foundation laid by Far Cry 3, adding a vertical element to the series’ first-person, open-world gameplay. It’s not new, but it’s remarkably refined. Similarly, in Middle-Earth: Shadow of Mordor, the Monolith development team blends the free-roaming open-world mechanics of Assassin’s Creed, the combat of Batman: Arkham City, and its proprietary dynamic storytelling engine (dubbed the Nemesis System) into something that feels intimately familiar, yet adds up to more than the sum of its parts.

Ultimately, this category comes down to two mobile titles. Threes, by creators Asher Vollmer, Greg Wohlwend, and Jimmy Hinson, is a personal favorite, with a deceptively elegant design that really is easy to learn, but hard to master. However, the award will most likely go to Hearthstone: Heroes of Warcraft. Not only has the Blizzard development team’s collectible card-based battler proved almost as popular as Destiny, but the game eases players into its complex mechanics so effortlessly that most gamers probably won’t even notice. With one expansion pack out already and more on their way, and paired with a flourishing competitive scene that’s continually discovering new tricks and strategies, Hearthstone should feel fresh for years and years to come. 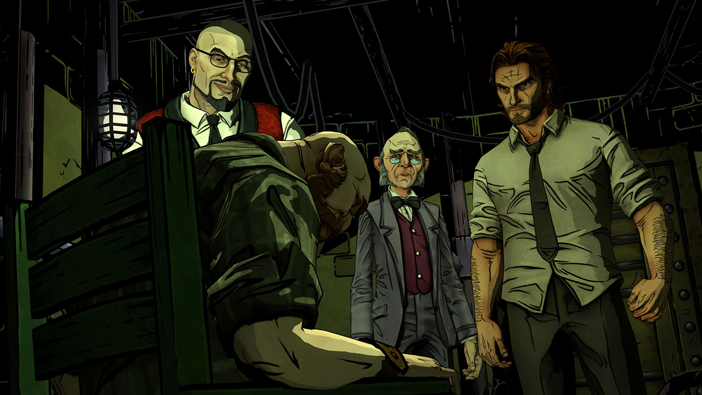 With the Story nominees, the question isn’t how good the story is, but how well it’s told. That’s why, despite the unique setting of Upper One Games’ Never Alone – every level from the game relates a different piece of Iñupiaq folklore – it probably won’t win. Quite simply, the game’s imprecise platforming controls get in the way of the story. Similarly, Broken Age, from director Tim Schafer and the Double Fine team, is a deep and extremely funny game, but it’s only part one of two. It’s impossible to judge the story without knowing how it ends.

Meanwhile, Far Cry 4’s sprawling, Himalayan Civil War isn’t bad (written by Mark Thompson, Lucien Soulban, and Li Kuo), but in light of the Lord of the Flies–style narrative of Far Cry 3, it’s hard to play through without the nagging feeling that the experience could be better. The Last of Us: Left Behind is almost perfect for what it is – Neil Druckmann eschews The Last of Us’ combat-heavy gameplay to tell a poignant story of teenage heartbreak – but it derives much of its power from its links to the main game. Left Behind is an epilogue, not its own story.

As such, this award really comes down to two titles: Telltale Games’ The Wolf Among Us, a fantasy-noir spinoff of Bill Willingham’s comic book series, Fables, and 80 Days, written by Joseph Humfrey, Jon Ingold, and Meg Jayanth. In the end, 80 Days probably has the edge. While The Wolf Among Us won a number of awards for its storytelling, 80 Days was named Time magazine’s Game of the Year, as well as one of the Telegraph‘s best novels of 2015. With over 500,000 words of interactive text and a story that builds on H.G. Wells’ classic novel, 80 Days has both the novelty and the mainstream appeal to eke out a victory. 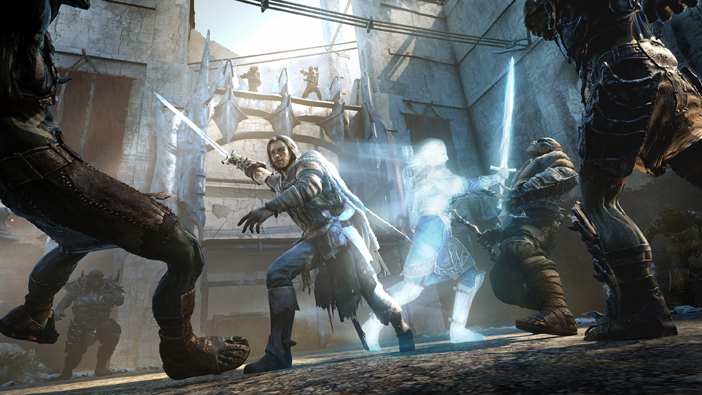 While BAFTA tends to reward smaller titles in other categories, the Best Game category is usually fairly traditional: the past few years have seen Mass Effect 2, Portal 2, Dishonored, and The Last of Us take home the top prize.

As such, there are some titles that can be eliminated right away. Mario Kart 8 is arguably the multiplayer game of the year, and it’s one of the best entries in the long-running Mario Kart series. It’s also a variation on a well-worn theme, and has lost some momentum since its release almost a year ago. As mentioned before, Destiny is popular but extremely flawed, while Monument Valley is an artistic achievement that’s just a little too short. A game doesn’t need to be long to be satisfying, but Monument Valley doesn’t feel like it’s complete. When it ends, you can’t help but wonder if the developers could’ve pushed it just a little further.

However, like its titular antagonist, Alien: Isolation could pop up out of nowhere and snag the BAFTA. Judging by the numerous nominations, the Academy clearly loves it, and (length aside) it does everything right, with a moody world, tight gameplay, and the kind of jump-out-of-your-seat scares that only video games can provide. Shadow of Mordor is probably the most likely bet, with Alien: Isolation as a runner-up, depending on how daring the voters are feeling.

You can check out the complete list of nominees here and see who wins come March 12.