Thursday, March 19th: I started off day 2 of SXSW at the Pitchfork Day Party at the Mohawk just in time to see Title Fight. The party was packed with underage kids – based on the giant “X” on each of their hands – who were very excited to participate in (probably) their first mosh pit. Many times throughout the set (and throughout the day) Mohawk security had to step in to keep things in line, but they didn’t spoil anyone’s fun. In fact, considering the largely underage crowd and how packed it was, security was outright awesome. When Title Fight ended the crowd dispersed – most inside for some air and another band. By the time, Waxahatchee went on, I was able to secure a sort of good angle from upstairs and the crowd started to filter back in. Waxahatchee was a nice break up from the angst of Title Fight, calming the crowd with her blissful indie pop on a really humid day.

The next two groups are who I came see. Vince Staples is a much buzzed about hip hop artist from Long Beach, California whose mixtapes I’ve been listening to since last summer. A fan of most of what I heard, I was really excited to see them live. The performance felt lacking. It wasn’t really Vince, he seemed to be giving it his all, but the sound didn’t seem to be conveying that. The beats were kind of flat and Vince wasn’t clearly audible. The crowd was loving it, so maybe I just wasn’t getting the full effect from upstairs. Migos absolutely destroyed it from the beginning by having their own huge crew and hypemen hit the stage. Right from the start, the beats sounded good – even they’re hypemen and crew sounded better than Vince. When Migos, the three kids from Atlanta, finally joined their crew on stage, the crowd went next level and Migos did not disappoint. They had a really strong performance, got the crowd going crazy, and most importantly sounded fantastic. Migos game is strong and if you’re into hip hop, you should already be very familiar with the Georgia trio. 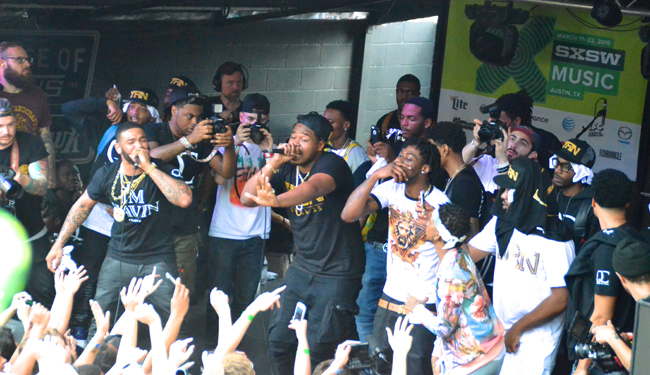 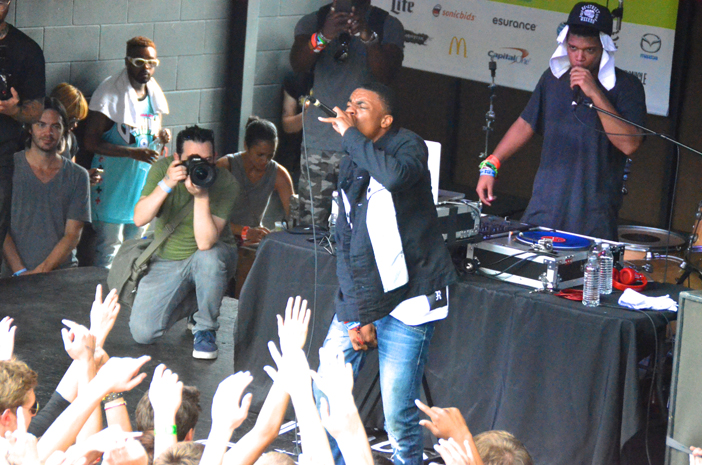 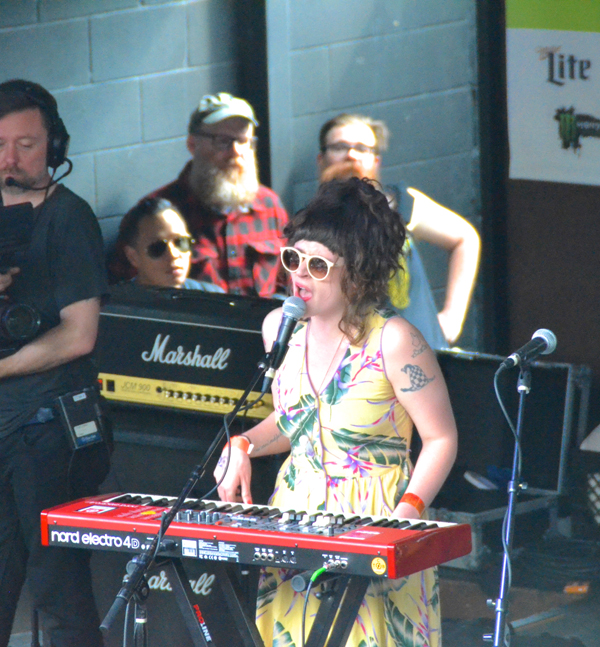 As soon as Migos finished, I ran over to Fader Fort to see a bit of Badbadnotgood and Ghostface Killah. I managed to catch the last few songs as I tried to make my way up through the crowd. By the time I got close and got my camera out, they were gone. Rozwell Kid is another one of the performers I was looking forward to seeing at SXSW. An excellent mix of power pop rock that brings to mind the 90’s alternative scene and a lot of Weezer influences, Rozwell Kid is something I can easily get behind. Led by Jordan Hudkin’s snark in lyrics and stage banter, the band jammed through their crunchy, distorted and extremely hooky songs with high energy to the crowd’s delight. They’re great live and great on album and it’s only a matter of time before you end up hearing one of their extremely catchy songs in a commercial or your favorite TV show.

As soon as Rozwell Kid wrapped up, I hustled over to Valhalla to see the Old Flame Records showcase. Left and Right kicked the night off with a blistering set of loud, catchy indie rock tunes. A good sized crowd showed up to see the Philadelphia rock band play old and new tunes in the small venue before the band continues on tour. Catch them when they come to your town. Next up, Yawn, changed things up with a decidedly more electronic pop indie rock sound. Fans of Passion Pit and Yeasayer should really enjoy the Chicago band’s trippy and loud stage show. The final band was one I was looking forward to seeing – South Carolina boys Hey Rocco. Hey Rocco already kind of broke in the UK and there’s no doubt they’re in for some major radio success based on their popp-y, ‘90’s influenced rock. With hooks for days and lyrics, you immediately want to sing to along. So get on the bandwagon now with two of their best tunes “Melt”and “Mom Jeans” now! 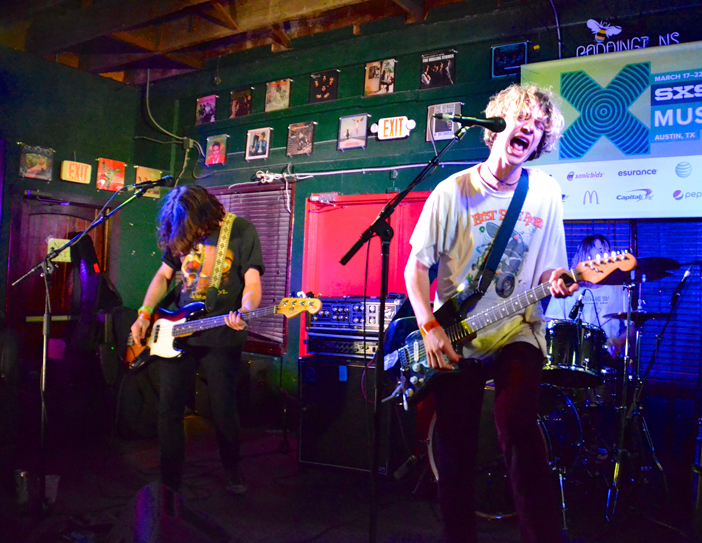 I headed over to the Swan Dive to see Ed Shrader’s Music Beat, who were easily the most interesting and experimental band I’ve seen at Austin. Ed Shrader has a weird dry sense of humor and his communication with the crowd was fantastic. And the crowd ate it up. The show was intense and I can’t wait to see this band again. If you like experimental punk with a dark comic twist, Ed Shrader’s Music Beat is someone you must check out live.

After Ed’s awesome set, I headed inside to see Massachusetts’ Speedy. Last time I saw Speedy Ortiz, they opened for Stephen Malkmus and you can tell lead singer Sadie and her cohorts are really into the ‘90’s alternative music sound. Playing loud, indie punk rock with heavy distortion, they kept the crowd energized and ready for headliners Cloud Nothings at Carpark’s big Sweet 16 Anniversary Party. Cloud Nothings took the stage to a packed house at the Swan Dive who could absolutely not wait for the band to start playing. As soon as the first chord broke out, a mosh pit broke out near the front of the stage that only grew bigger and more active throughout their hard-hitting set. The kids from Cleveland were firing on all cylinders during this show. It’s great to see how much this band has grown and come into their own. The first time I saw Cloud Nothings, the band demanded to play the DIY spot in complete darkness. Now, lead singer Dylan Baldi struts around on stage like a seasoned pro, bringing to mind Foo Fighters Dave Grohl’s gum-chewing, guitar playing lead stance. If you’re going to Coachella this year, you’ll get a shot to check them out.