At CCW, Sony is introducing a new 2-channel slot-in receiver, URX-S03D, and a new bodypack transmitter, UTX-B03HR. Both are designed for compatibility with Sony camcorders. The URX-S03D is the first two-channel portable receiver in Sony’s UWP-D series that fits in the slot of Sony camcorders utilizing a D-sub 15-pin interface for audio and power connections. The UTX-B03HR bodypack transmitter is matched perfectly with the URX-S03D and incorporates a reliable 4-pin Hirose microphone connector.

Since its launch in 2014, Sony’s UWP-D series wireless microphone systems have been used by broadcasters for news production and a range of production applications including live events and documentary use, achieving high-quality sound and stable wireless transmission based on Sony’s cutting edge digital audio processing technologies. 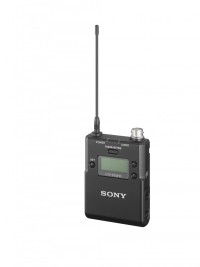 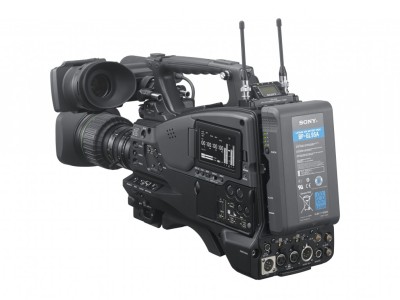 The URX-S03D is compatible with Sony’s UWP-V Series / WL-800 Series. In addition to   slot-in operation, V-mount and mixer bag operation is available using a wireless adapter such as the DWA-01D or DWA-F01D. 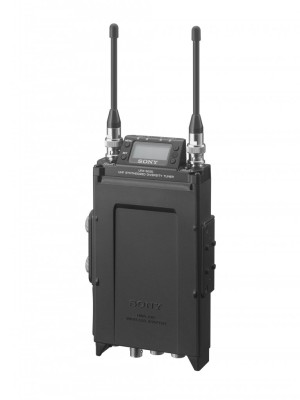 UTX-B03HR Bodypack Transmitter
The new UTX-B03HR is equipped with a 4-pin Hirose microphone connector designed to withstand the rigors of ENG shooting. A standard broadcast lavalier microphone such as the ECM-77BC can be used with the new Transmitter connector.