Universal City, CA – American Cinema Editors (ACE) will present veteran editors Carol Littleton, ACE and Ted Rich, ACE with the organization’s prestigious Career Achievement honors at the 66th Annual ACE Eddie Awards on Friday, January 29, 2016 in the International Ballroom of the Beverly Hilton Hotel. The Career Achievement Award honors veteran editors whose body of work and reputation within the industry is outstanding. As previously announced, award winning filmmaker Nancy Meyers will receive the ACE Golden Eddie Filmmaker of the Year Award presented to her by long-time friend and frequent collaborator, Steve Martin, and winners for best editing will be announced in ten categories of film, television and documentaries. A full list on nominees can be found at http://www.americancinemaeditors.com.

“Carol Littleton and Ted Rich have helped create some of the most iconic films and television programs in entertainment,” stated the ACE Board of Directors. “and while their resumes alone are deserving of recognition and celebration, they are also two of the brightest shining examples of mentorship, community and leadership that exists in our industry. For these reasons and more, we are thrilled to honor them with Career Achievement awards for their indelible contributions to the craft and community of film editing.” 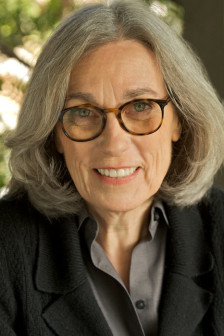 ABOUT CAROL LITTLETON, ACE
Nominated for an Oscar®, a BAFTA and an ACE Eddie Award for her work on Steven Spielberg’s classic “ET: The Extraterrestrial,” Carol Littleton got her start editing TV commercials. Her first credit as an editor was on “Legacy,” an AFI production directed by Karen Arthur. Since then, she’s racked up an impressive list of some of the most beloved films in cinema: “The Big Chill,” “Body Heat,” “Places in the Heart,” “The Accidental Tourist,” “Grand Canyon,” “Benny and Joon,” “Beloved,” “The Anniversary Party,” “The Truth About Charlie,” “The Manchurian Candidate,” “Margot at the Wedding” and numerous others. She also won an Emmy® for “Tuesdays with Morrie.” Most recently she edited “Darling Companion” for frequent collaborator, Lawrence Kasdan, and “A Walk in the Woods” for director Ken Kwapis.

Born and raised in Oklahoma, Littleton attended the University of Oklahoma College of Arts & Sciences obtaining both a Bachelors and a Masters Degree. She left her native state to study in Paris, France on a Fulbright scholarship. It was there she discovered film editing after seeing Gillo Pontecorvo’s powerful docudrama “The Battle of Algiers.” Upon her return to the U.S. she settled in Southern California and began her editing career. 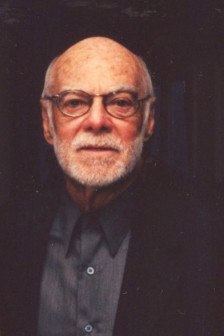 ABOUT TED RICH, ACE
Ted Rich got his start in 1951 when he gave up pursuing a Business Administration major at UCLA to to earn a living as a film librarian at the old Hal Roach Studios. He was recruited by Marge and Gene Fowler and brought on as an apprentice on a feature that led to a similar position at Desilu. Next he began assisting Bud Molin on “I Love Lucy” and was placed in charge of integrating all the commercials into the Desilu shows. In 1960, he became a full editor on “Harrigan and Son.” Among the many shows he edited during that time were “The Bill Dana Show,” “My Favorite Martian,” “He & She,” “Wild, Wild West,” and “McMillan & Wife.” While editing “Get Smart,” he became the supervising editor. And while working at MTM, he recognized a need for a post-production supervisor because of the increasing number of series. That launched the second phase of his career originating the role of post-production supervisor and serving that role on numerous TV series while working for MTM, Lorimar and then Warner Bros. including “The Tony Randall Show,” “St. Elsewhere,” “Remington Steele,” “Rhoda,” “Newhart,” “The White Shadow,” “Mary Tyler Moore,” “Lou Grant,” “The Bob Newhart Show,” and “Hill Street Blues,” among others. He also worked on TV movies like “The Boy Who Drank Too Much.” During his decades-long career and his retirement, Rich has served American Cinema Editors both in both official roles (such as serving as the organization’s Vice President), and unofficial roles such as recommending accomplished editors into ACE’s membership.

ABOUT AMERICAN CINEMA EDITORS
AMERICAN CINEMA EDITORS (ACE) is an honorary society of motion picture editors founded in 1950. Film editors are voted into membership on the basis of their professional achievements, their dedication to the education of others and their commitment to the craft of editing.

The organization publishes a quarterly magazine, CinemaEditor, highlighting the art, craft and business of editing and editors.