Writer/director Jeremy Saulnier’s Green Room is a ferocious piece of cinema. It follows a group of punk rockers who discover something they weren’t supposed to following a performance in a club operated by Neo-Nazis, a group highlighted by a viciously subtle performance by Patrick Stewart.

An extremely violent and shocking film, Green Room dabbles in remarkable and practical special effects work, excellent choreography, and cringe-inducing sound work highlighted by an aggressive punk-rock soundtrack. We spoke to Saulnier about his attraction to violent filmmaking, his subversion of genre conventions, and where he sees his career as a filmmaker heading next.

Why violence? What interests you about it?
It’s not so much the violence as it is the threat of violence. I just gravitate towards intense storytelling and from an audience perspective, I just like to be excited. I find as I’m getting older and forming such a rich life with my family, violent filmmaking is a good outlet. And, again, it’s not so much to examine the loss of life but rather to heighten the stakes. To give myself the opportunity for choreography. Special effects. Makeup. Fast moving cameras. Objects that collide. It’s just more exciting. Period.

It doesn’t always have to involve death, but so far it’s worked out that way. I’m examining it. I’m troubled by it. And I’m excited by it at the same time. It just makes for high impact cinema that I am innately attracted to. There’s no real intellectual reason. I just kind of dig it. Especially for the opportunities it offers me as a filmmaker. 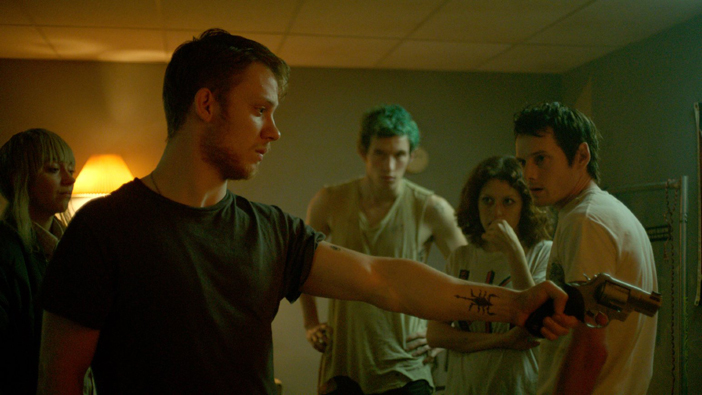 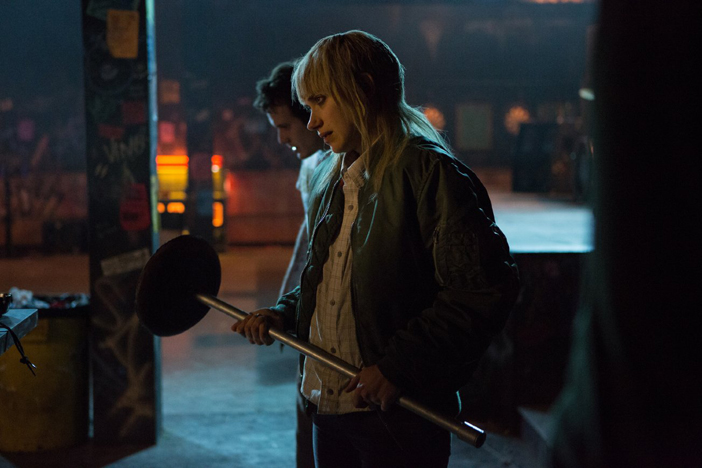 How much of your work do you consider conventional genre work? How much of it subverts genre?
I do like cinema. I do like genre films. But I prefer to let everything play out naturally as it should. This inevitably bumps up against convention.

What about the balance between politics and personal in the premise? What comes first?
Anything political kind of seeps in. But I usually start with the premise and then try to examine it. For Blue Ruin [2013], it was propulsive motivation in an age-old mission arc we’ve seen a thousand times. But it was more on a personal level. How messy things would get. I love minutiae and things that are often disregarded in bigger action movies. This is where I thrive. In Green Room too, it’s primarily information deprivation—very specific, procedural details on what’s happening. It’s brutal and hard to experience during the moment. It’s fun not adhering to formula when you don’t have to. I do very simple, blunt force movies.

What has your experience been like going from film to film?
I have trouble transferring the experience to the next film because they’re all so different. Blue Ruin was all home grown—available resources, my best buddy as the actor, so I knew all the variables going in. It was all written into the script, so zero translation problems. I knew it all. I wrote for locations. It was all available. 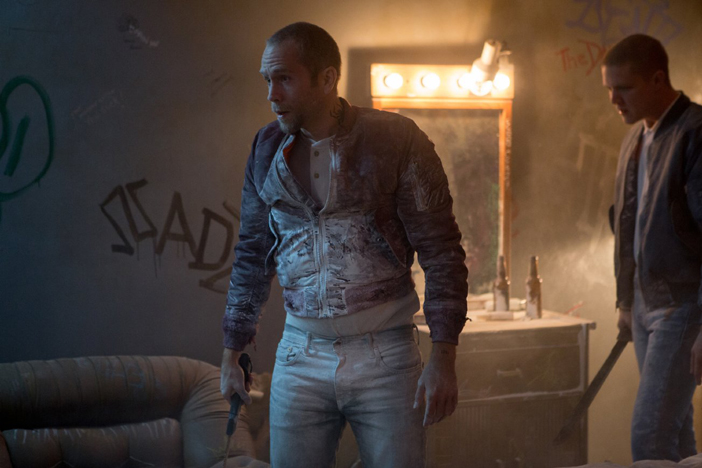 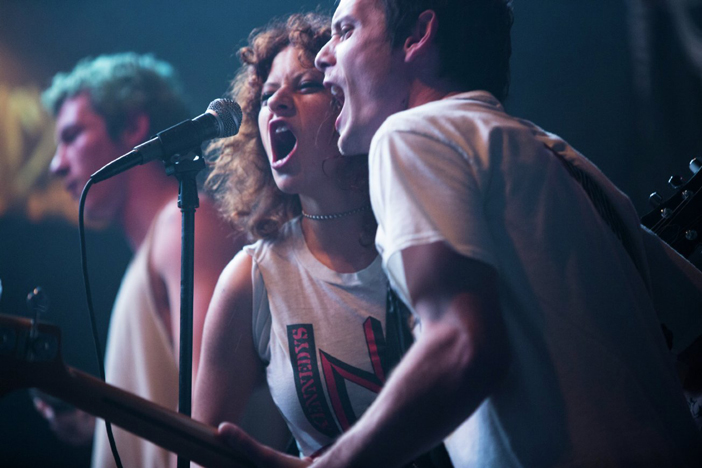 And how about Green Room?
Green Room was completely built from scratch. It was all a set on a soundstage. And I had never really had the opportunity to engage in world-building before. As I move from film to film, the learning curve is always huge. I don’t know how that will apply to my next film. But I hope in the near future to stabilize and enjoy the process a little more. Currently, I just still can’t believe the run after Blue Ruin. I can’t believe I still get to make movies and have access to scripts and actors. The meetings I’ve been having the last couple months have been insane. I’m still terrified. From the indie film world, you never trust your environment. Is this actually a profession? Is this actually my life? Holy shit. The key is to enjoy it more but not lose the nervous energy I have to preserve whatever intentions I have artistically.

So what are you looking to do next to preserve those artistic intentions?
There are certain careers I track. And I feel like when you grow and grow and grow, that’s not always the best path. I’d rather bob and weave between projects. Basically, I just want to keep making movies that excite me as an audience member. I’ll always gravitate towards vibrant and kinetic filmmaking. Maybe just a little less brutal than Green Room next time. I do have a goal to make a film that my mom can watch with her friends.