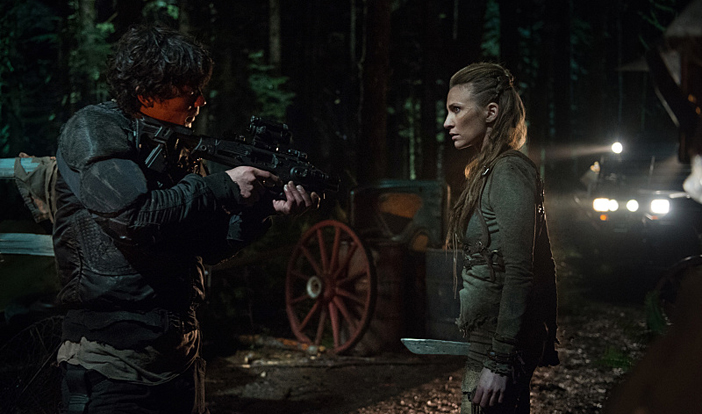 As The CW’s post-apocalyptic hit show The 100 shifts to more cinematic soundscapes, executive producer Jason Rothenberg decided to summon the talents of Californication and Legends composer Tree Adams. The soundtrack Adams produced, a massive chimera of Middle Eastern sensuality and dark grit, has a beautiful aesthetic that’s edgy, impactful, and very compelling, all at the same time.  Watertower Music has released the soundtrack as an album for The 100’s third season, and while this album shines as Adams’ latest gem, his decades-long career proves his versatility. He has gone from drama to comedy, and gritty rock and roll (Californication’s main theme) to funky Latin grooves (“Que Linda” from the 2006 movie Hard Luck), all without losing a beat. From Adams’ early beginnings immersed in classical piano, through touring in the 90s as The Hatter’s frontman, and on to today’s film and TV compositions, he has explored a breadth of musical terrain. Adams recently took the time to chat with us about his work.

How long have you been at this?
I wrote my first song when I was seven years old. Suffice it to say that it sucked, but the point is that I’ve been writing music for the better part of three or four decades.

I’ve noticed a relatively easy transition from the rock-band experience to a career in film-and-TV composing. Do you agree with this, and can you elaborate on your personal experience?
Honestly, they require two very different mindsets and muscle groups, in a way, although I would say a common denominator is that you need to be pretty driven in order to succeed in either sport. With the rock-band thing, you are the artist. The focus is on you ­­­– your feelings, your vibe, your technique as a player or singer. Even your look, and everything else that goes along with that life. As a composer, you are not driving the creative vision. You are an adjunct to someone else’s vision. It is the applied arts. While you may be in control of your department on some level, the music merely plays a role in the grand story. This requires a more open and collaborative headspace. It requires the ability to do some detective work at times to figure out what someone is looking for. It requires the ability to go against your instincts sometimes, to compromise. There are things you learn along the way about restraint and how to share the space with sound effects. Eventually, you learn to embrace the dialogue like it’s the lead vocal in your mix. I think you could say many rock musicians have become composers because it’s a good way to make a living without spending your day driving 80 miles per hour down a highway. I think film-and-TV music has also become an intriguing part of pop culture, and many talented musicians have been drawn to it. I know that I have really enjoyed a certain musical freedom and growth as a composer that I didn’t have as a guy in a touring rock band. 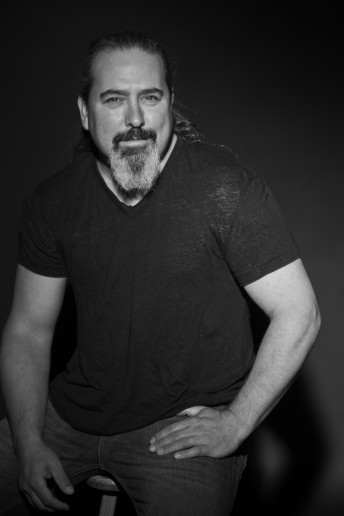 How does a versatile composer such as yourself develop an ear for choosing adequate instrumentation in different projects?
As composers, we are always looking for new sounds and the chance to evolve musically. Someone once said to me, “You’ve gotta bloom where you’re planted.” In my case, I think this was as a guitar player. I wasn’t going to get anywhere right out of the gate with my orchestral sample demos, but I could play my instrument and felt like I could compete at the highest level with that kind of score. Eventually, I managed to get some opportunities to do guitar and traditional-orchestra hybrid stuff. In some cases, I spent my own money on orchestra recordings for independent films just so that I would have this stuff on my reel, and I learned quite a bit about the process in doing so. After a while, I began to get pretty good at it and eventually managed to reel in some gigs with this traditional orchestral palette. Along the way, I’ve had the opportunity to work with some exotic instruments from around the world. I own and have studied and learned to play some Middle Eastern instruments, as well.

I think the flip side of the whole “bloom where you’re planted” narrative is that you can get stuck getting hired to make the same score over and over again. So I have been very conscious about moving laterally when I can, growing into new genres, reinventing myself along the way. I realized this somewhere along the line while I was working on two different scores in which both projects had temped their shows with a score that I had done that was, in fact, a knockoff of another score I had already done. So, we’re talking about two simultaneous knockoffs of a knockoff! This was one of those wake-up calls, like a flashing road sign, and it read loud and clear: “TIME TO DIVERSIFY.” So I have.

Do you prefer working on drama or comedy projects?
I like both. I feel that it’s great when you can switch it up after a while and keep things fresh. Any format can wear you down after a while. So I like to change it up from time to time. I’ve maybe done a touch more drama than comedy at this point, but I really do enjoy the dynamics of each genre.

On The 100, what elements of the Middle Eastern musical influences make this work with the series so well?
In trying to pin down the sonic landscape for The 100, Jason Rothenberg, the showrunner, has often referred to liking the idea of things sounding “from far away.” This may be where I first started playing with Middle Eastern elements, and somehow it seemed to feel right in there. I think this is in part because there’s a warmth and an organic flavor there. And because we can play some dissonant, non-Western intervals, it sort of imbues the score with a bit of edge and otherworldliness. The great thing about a post-apocalyptic world is that you have some real freedom to invent a sound. After an apocalypse, I kind of envision a bit of cross-pollination with regards to regional instruments and such. I think we’d see some odd pairings. We’d possibly even need to reinvent music altogether. 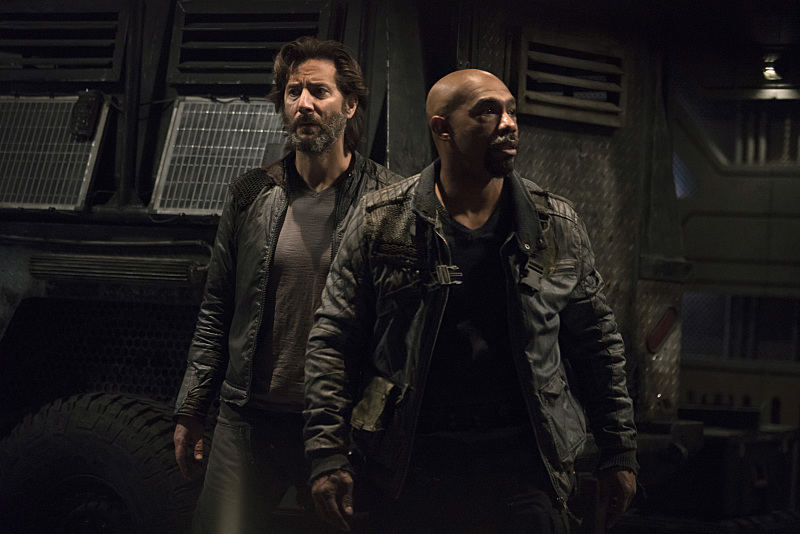 Tell us more about producing the percussive elements in the show’s soundtrack.
Well, there are two different drum kits at times. There’re a lot of big battle drums. We have a set of large detuned toms and an Arrowhead water jug that we play with mallets, sticks, brushes, and whatever else. Some frame drum, specifically a daf, which I play. We use samples of taikos and tablas from time to time, most of which I have recorded and banked from other projects. And we have an old propane tank. I’ve got a room full of toys that we bang around on with everything from güiros and shakers to wine bottles and bells. We’ll bang on anything we can find.

Would you currently consider a return to live music and performance?
I do enjoy performing live and continue to do so here and there, but it’s by no means a 300-days-a-year kind of thing anymore. I’ve got kids now and the road life is tough when you want to be around for their school events, big games, dance recitals, birthdays, and what have you. That said, I may segue into some lighter touring down the line. Maybe do some more one-offs or a week or two here and there. At this point, I’ll do gigs with The Tree Adams Band from time to time, plus a band called The Howlin’ Volts that I cofounded with my old pal and fellow guitarist, Chris Scianni from New York City. We play gigs in L.A. and New York every six months or so. We have a couple of releases on iTunes and have made a couple of videos, one of which is coming out soon called “Shadows.” It’s a film noir piece depicting the inner monologue of a hitman. It was directed by Steven Wilson, who is an amazingly talented graphic artist based in Brighton, U.K.

Any exciting projects in the near future?
Actually, I’m very excited about this graphic novel that I’ve been developing called Dusk that should be finished by the end of the summer. It’s essentially a sci-fi work. The “haves” have abandoned Earth and colonized a distant planet.  The “have-nots” remain here in chaos, under the military arm of the vast corporation that organized the exodus and continues to exploit our resources. In the dusk of humanity, our hero, Tyrus Maddock, leads a private army of three in the quest to save their dying planet and to restore earth’s autonomy. I’ve also written an album of songs that accompany the story. We’ll release them and make videos in conjunction with the book. It should be a fun world for people to dive into.

If you could go back in time to that moment when you wrote your first song, what would you tell your seven-year-old self?
I’d say, “Be patient, man…. And wind your watch.”