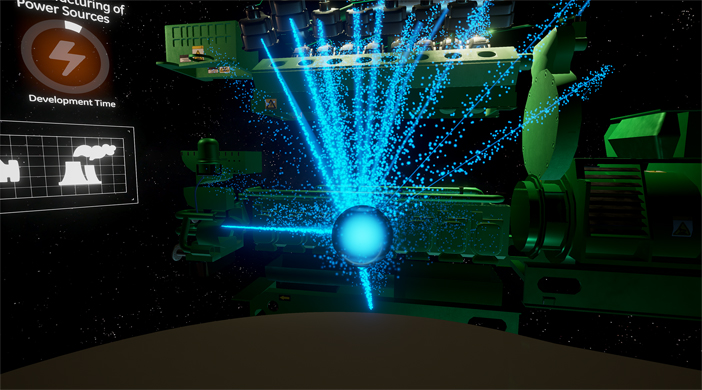 Los Angeles, CA —  GE and Deluxe VR teamed to illustrate how GE’s various businesses cross-pollinate a vast knowledge base to develop new solutions in an interactive GE Store virtual reality (VR) experience. GE Store embodies the notion that GE’s sum is greater than its parts and company-wide collaboration benefits customers and investors alike, resulting in better products, services and outcomes.
VR proved to be the perfect medium for the GE Store experience because it allowed massive machinery and intangible technological innovation to be captured and expressed in an immersive and relatable way that wasnt possible with any other medium. The experience lets viewers select seemingly disparate GE business units Healthcare, Oil & Gas, Energy Connection, Transportation, Digital, Renewable Energy, GRC (Global Research Center), or Aviation  to see the real-world ways in which they collaborate. For instance, combining Healthcare with Oil & Gas transports users to the ocean floor to reveal how GE is using ultrasound technology to improve underwater crude oil pipelines. The overall experience is a unique, close-up exploration of equipment and environments to which many viewers might not otherwise have any exposure, including wind turbines and the inside of a jet engine. 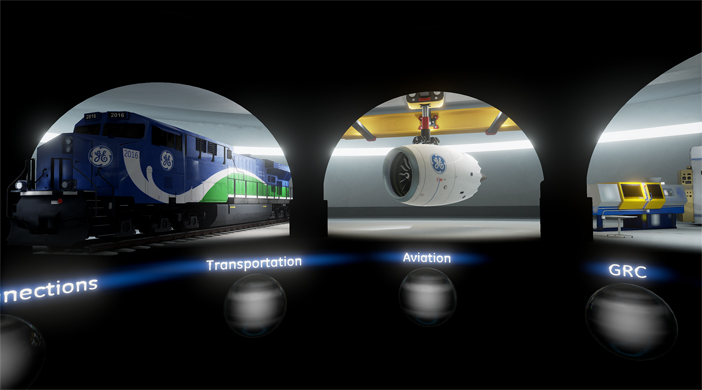 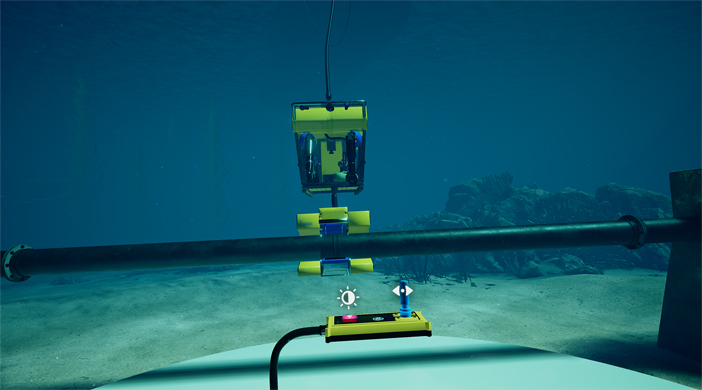 Andy Goldberg, Chief Creative Officer of GE, said, Conveying how the interconnectivity of GE technologies encourages the realization of bigger, more impactful outcomes was an ambitious, complex and somewhat abstract idea. VR was the best way to bring it to life, and the Deluxe team have been great partners in doing so. Within this VR experience, people are actively transported into different settings and can see the connections being made across our businesses. We wanted to push the technology beyond its usual boundaries, and Deluxe certainly helped us achieve that high quality execution.

Briefed by Goldberg on the synergies and collaborations comprising the GE Store, Deluxe VRs creative team set out to identify compelling visuals and interactions that would intersect GEs divisions and drive the experience. Teams of artists researched each business unit extensively to flesh out detailed concepts and storylines, modeled the CG assets, built new 3D models based on real-world GE technologies, and modified existing high-res assets from GE to run at the necessary frame rate for VR. To achieve a high level of interactivity, Deluxe VRs technologists customized the simulation engine specifically for this experience, developed new anti-aliasing tools, and experimented with new hardware and software to meet desired performance levels. Refining the interface was a key focus to ensure that viewers could intuitively navigate the virtual environment. 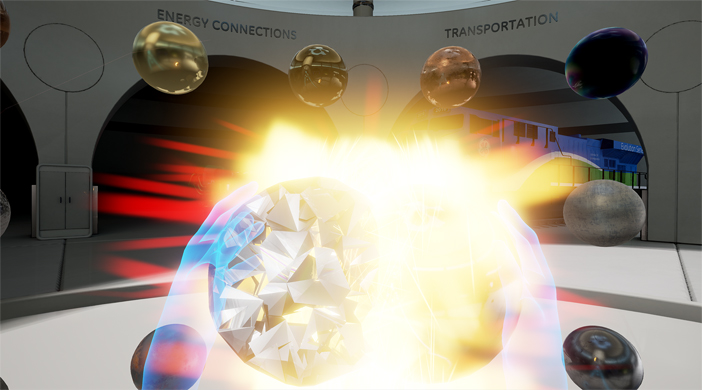 GE has been consistently out in front of VR  theyre not afraid to go where other companies hesitate to engage, said Malte Wagener, head of Deluxe VR. It was fantastic to have the opportunity to work with Andy and his team. They understand what the medium can do and were really receptive to our designing an experience and visual language to tell the story of GEs innovation.