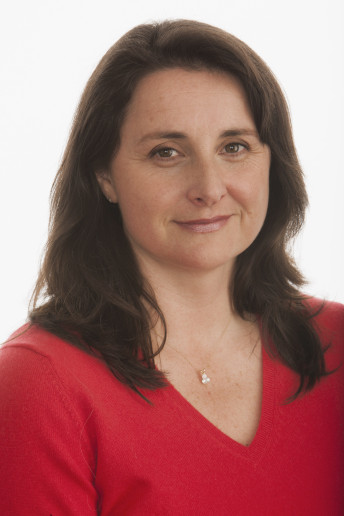 Los Angeles, CA – Today, the Visual Effects Society (VES), the visual effects industry’s professional global honorary society, named acclaimed producer and Marvel Studios Executive Vice President of Physical Production Victoria Alonso as the next recipient of its Visionary Award in recognition of her enormous contributions to visual arts and filmed entertainment.  The award will be presented at the 15th Annual VES Awards on February 7, 2017 at the Beverly Hilton Hotel.

The VES Visionary Award, bestowed by the VES Board of Directors, recognizes an individual who has uniquely and consistently employed the art and science of visual effects to foster imagination and ignite future discoveries by way of artistry, invention and groundbreaking work.  VES will honor Alonso for her dedication to the industry and advancement of unforgettable storytelling through visual effects.

Alonso’s career began at the nascency of the visual effects industry, when she served as a commercial VFX producer. From there, she VFX-produced numerous feature films, working with such directors as Ridley Scott (Kingdom of Heaven), Tim Burton (Big Fish) and Andrew Adamson (Shrek), to name a few.

Over the years, Alonso’s dedication to the industry has been admired and her achievements recognized. Alonso was the keynote speaker at the 2014 Visual Effects Society Summit, where she exemplified her role as an advocate for women in the visual effects industry. In 2015, she was an honoree of the New York Women in Film & Television’s Muse Award for Outstanding Vision and Achievement.  This past January she was presented with the Advanced Imaging Society’s Harold Lloyd Award and was recently named to Variety’s 2016 Power of Women L.A. Impact Report, which spotlights creatives and executives who’ve ‘rocked’ the industry in the past year.

“Victoria has elevated visual effects as an integral element of the art and business of moviemaking,” said Mike Chambers, VES Board Chair. “She is an amazing creative force and powerhouse producer, whose unique vision has delivered some of the most popular movie franchises of all time.  Her leadership in the industry is paving the way for future generations of artists and producers and she has helped redefine the profile of visual effects on a global scale.  We are very proud to honor such an exemplary role model with the VES Visionary Award.”

About the Visual Effects Society
The Visual Effects Society is a professional honorary society dedicated to advancing the arts, sciences and applications of visual effects and to upholding the highest standards and procedures for the visual effects profession. It is the entertainment industry’s only official organization representing the extended global community of visual effects practitioners, including supervisors, artists, producers, technology developers, educators and studio executives.  VES’ nearly 3,500 members in more than 30 countries worldwide contribute to all areas of entertainment – film, television, commercials, animation, music videos, games and new media.