Ready At Dawn’s new space-adventure VR game Lone Echo, available on the Oculus Rift, takes place on the Kronos II mining station that’s orbiting Saturn. The ship’s human captain Olivia Rhodes relies on her ECHO ONE service droid named “Jack” to help her face increasingly perplexing challenges that threaten the station’s functionality and habitability. Alone in space, her only lifeline is the technology that surrounds her.

In single-player mode, the player controls Jack the android and the game controls Olivia the human. “So you are a human playing an android and you are interacting with a human character in the game who is actually controlled by the computer. The relationship between technology and the human existence was the whole concept behind not only the story of the game, but also the arc and meaning and soundscapes that you hear in the music,” says award-winning composer Jason Graves.

Graves’ score for Lone Echo is purposefully minimal and wholly electronic, save for the solo female vocals performed by singer Malukah. It’s the sonic opposite of his composition for Ready At Dawn’s previous release The Order: 1886, which featured a live orchestra and 24-voice men’s choir recorded at the legendary Abbey Road. 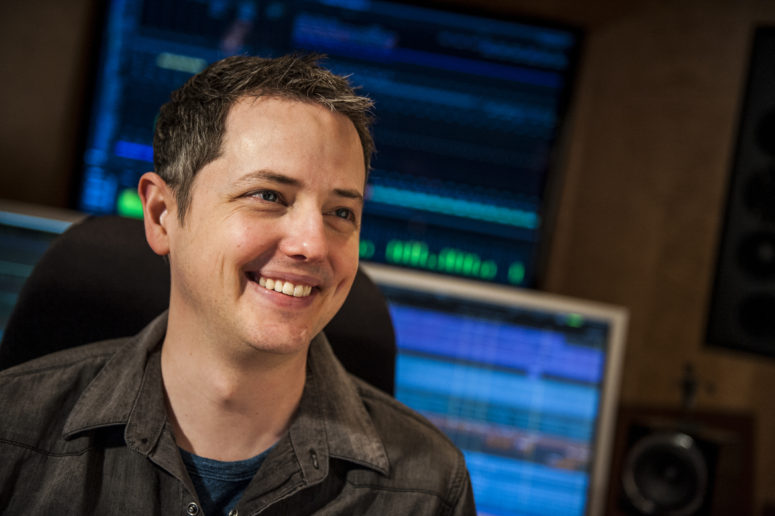 Such stylistic pendulum swings are common for Graves. Whether it’s using plant cymbals and rocks for the primordial score for Ubisoft’s Far Cry Primal or using light xylophone beaters on harp strings to create an organic-yet-alien vibe for Oculus’s Farlands, Graves’ creative choices for instrumentation always relate to the project at hand. His method is “like a Venn diagram,” he explains. “You have these three circles that intersect: one is what is appropriate for the game, another is what is exciting for me as a composer, and the last circle is, musically, does it help or hinder. When those three things combine together, that is when you get things like buckets of dirt for Far Cry Primal, and for The Order a large men’s choir. But for Lone Echo, it was all synthesizers. There are no real instruments except for Malukah.”

His approach to scoring Lone Echo is reflective of the game on several levels. For starters, to signify the human-technology interaction in Lone Echo, Graves weaves a human vocal element (Malukah’s performance) into an entirely electronic score. “It’s very much reminiscent of the story where the female astronaut is out in space and the only reason she can be there is because she has all of this technology, these other robots, and her spaceship around her supporting her,” says Graves.

In the opening track “Welcome To Kronos II,” Graves begins with Malukah’s solo vocals. At first, the melody sounds a little disconnected, with no obvious sense of tempo or tonal center. “She is singing some diminished chords and the notes aren’t really feeling like they’re part of anything. Then she sings it again and all of the synthesizers come in and support her. Now you get this very strong sense of rhythm, motion, and direction. You realize that she is singing certain notes of the chord and it feels a little spacey, a little drifting, but a lot more cemented in some sort of world because of all of the synthesizers,” says Graves. 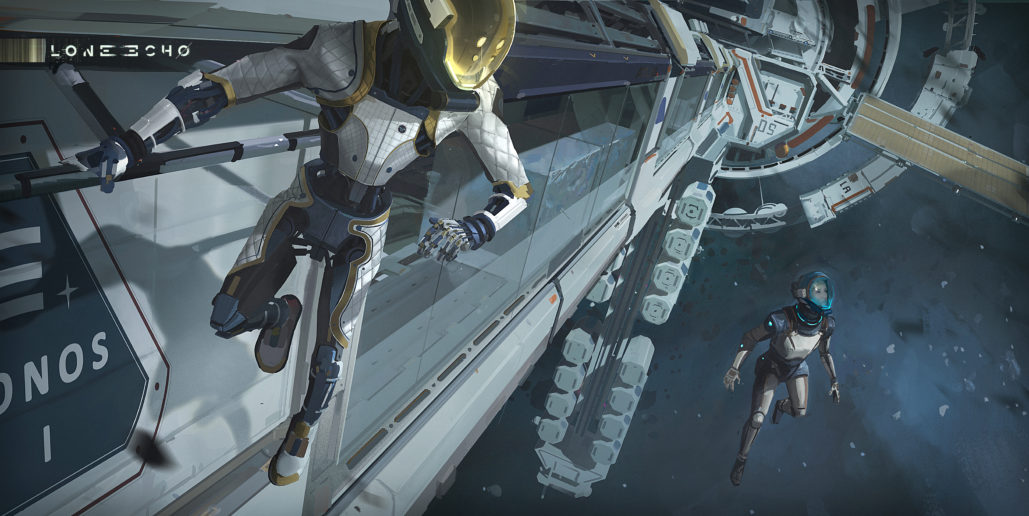 Elsewhere in the score, Graves uses pads that he created by manipulating Malukah’s vocals. In Steinberg’s Cubase, he chopped her vocals into samples that he processed and played via a Roland Fantom-G8 keyboard. So, appropriately, Graves is a human using technology to interact with technology’s representation of a human, i.e. the digital recordings of Malukah’s voice.

Graves points out another parallel between the score and the game. “Whenever Malukah sings a phrase, there is a single repeat of the last couple of notes that she sang. Her melody has this repeat that happens at the end of each phrase. To me, that is a literal musical interpretation of a ‘lone echo.’ There is literally a single echo of the melody she sings,” he says.

The heartbeat of Jack, the android, acts as a rhythmic bass pulse that drives the quieter moments of the score, such as in the track titled “Electric Sheep.” Graves says, “Since you are playing as an android you can escape into your own subconscious and you hear this heartbeat. That was an idea that Marc Turndorf had from Ready At Dawn.” 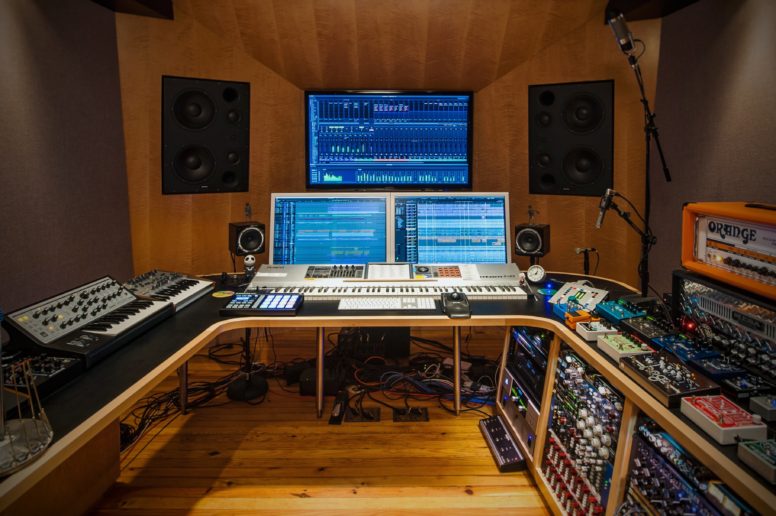 Graves, who was also toying with the idea of the android’s subconscious playing in the score, hadn’t yet found a specific sound to represent it. That’s when Ready At Dawn sent him Jack’s heartbeat sound. “It was like I was subconsciously waiting for them to send this element to me. I didn’t even need to do anything to it. I just put it in the computer and played it on my keyboard. It may have even been the right pitch. I just changed the rhythm a tiny bit so that it was the same tempo as the song,” he says. “It was very well represented but also equally well blended in with the musical sound design. That’s just another example of how these guys at Ready At Dawn think on so many different levels and how they think outside the box. That is what I love about them.”

Graves created Lone Echo’s electronic elements using outboard analog synthesizers, like the Arturia Mini Brute, the Moog Sub37, and the Moog Sub Fatty. These give him less precision than their digital counterparts but that’s a good thing. He says, “When you have gear like that, you can’t really control it and repeat a sound the next day. You can’t just close a file and open it back up and have the sound come back up exactly how it was when you were using it the day before. These aren’t virtual knobs. They are physical knobs. A lot of finding the sound for Lone Echo just came down to playing for 20 or 30 minutes and recording that the whole time. I was changing the sounds as I went. Then, I would go back to the recorded material and pick stuff I thought was interesting.”

He did further creative exploration by running those sounds through outboard pedals, particularly those from Moog’s series of pedals called Moogerfoogers. “I have one called a MIDI MuRF for sequenced filter effects. Plus the MF-101 Lowpass Filter pedal, and the Minifooger Analog Delay pedal with the Bucket Brigade chip that they don’t make anymore. There’s also the Waldorf 2-Pole Analog filter that has programmable cutoffs,” says Graves. 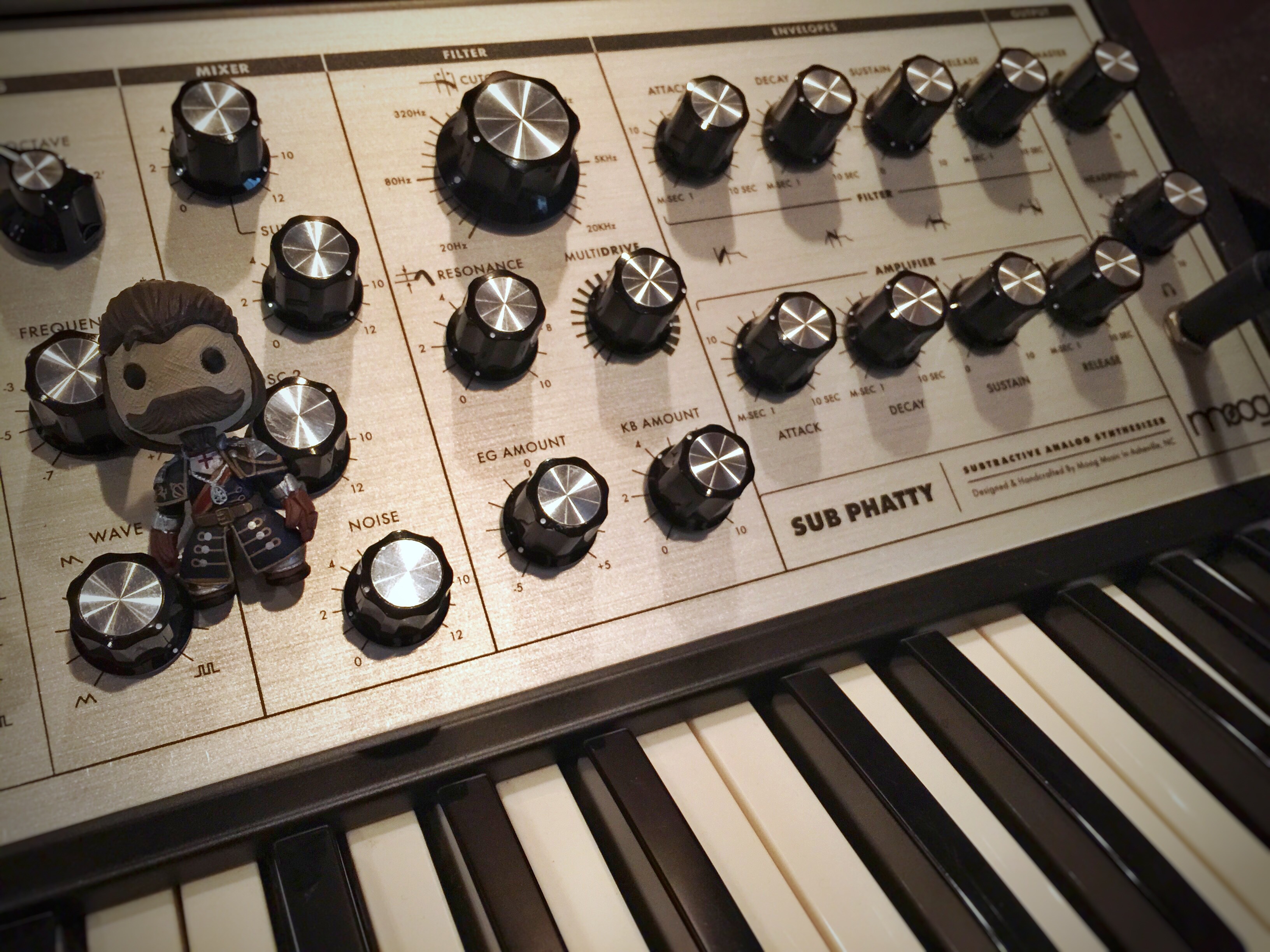 That was the genesis of the soundscape elements. In addition, Graves did employ a few software synths, “but those are emulations of big, ridiculously expensive synthesizers that no one can really afford to keep anymore,” he notes.

The minimal approach to Lone Echo gives the score a floating feeling. There’s room for long reverb tails, echo, and delay effects to drift out into the track and disappear. Graves, typically a user of Bricasti reverbs, chose instead to use Universal Audio for his reverb needs. “I have four Bricasti reverbs but I needed more than four and I wanted to be able to use the same eight instances of the same reverb and just have a variance for them. I ended up using UAD and it really was amazing sounding. I was very impressed,” he says.

Graves’s favorite track on Lone Echo is a 17-minute suite called “So Near, So Far,” which follows the arc of the story. The beginning introduces the female astronaut in the main theme and then develops into an exploration-style section. “There’s a nice little recurring B theme that is the relationship theme between the human and android. You can hear that theme interact a lot with the main theme, which I would say is the astronaut’s theme. They go back and forth,” says Graves. That’s followed by tension and action sections with breakbeat style drums made entirely from synth sounds. “Then at the very end of the suite, you get a wonderful sense of resolution. On the very last note, it goes to a major chord.”

Lone Echo’s score sounds like a troubled dream — beautiful yet uneasy. It mirrors the stunning visuals and the story’s implication that things can go tragically wrong very quickly. As a player in this virtual reality environment, you can see your character’s full body. You have to jump across open space and grab onto handles to keep from floating away.  It’s easy to lose yourself in the game. “The guys were going for a really immersive experience. Not only are you in VR but you are also in this android body. We didn’t want the music to be this grandiose wallpaper in the background. The soundtrack is intentionally sparse and subtle. We like having the music as a relief in and of itself from the tension of the silence of space, as opposed to being music just playing all the time in the background, guiding the emotions. We didn’t want the music to pull the player in any one direction or the other. We were going for subtle and sparse. When you listen to the soundtrack, it sounds that way on purpose,” concludes Graves.

Look for the Lone Echo OST on iTunes, Spotify, and other digital music outlets. Or check out the album preview on SoundCloud at: https://soundcloud.com/jasongraves/sets/lone-echo-exclusive 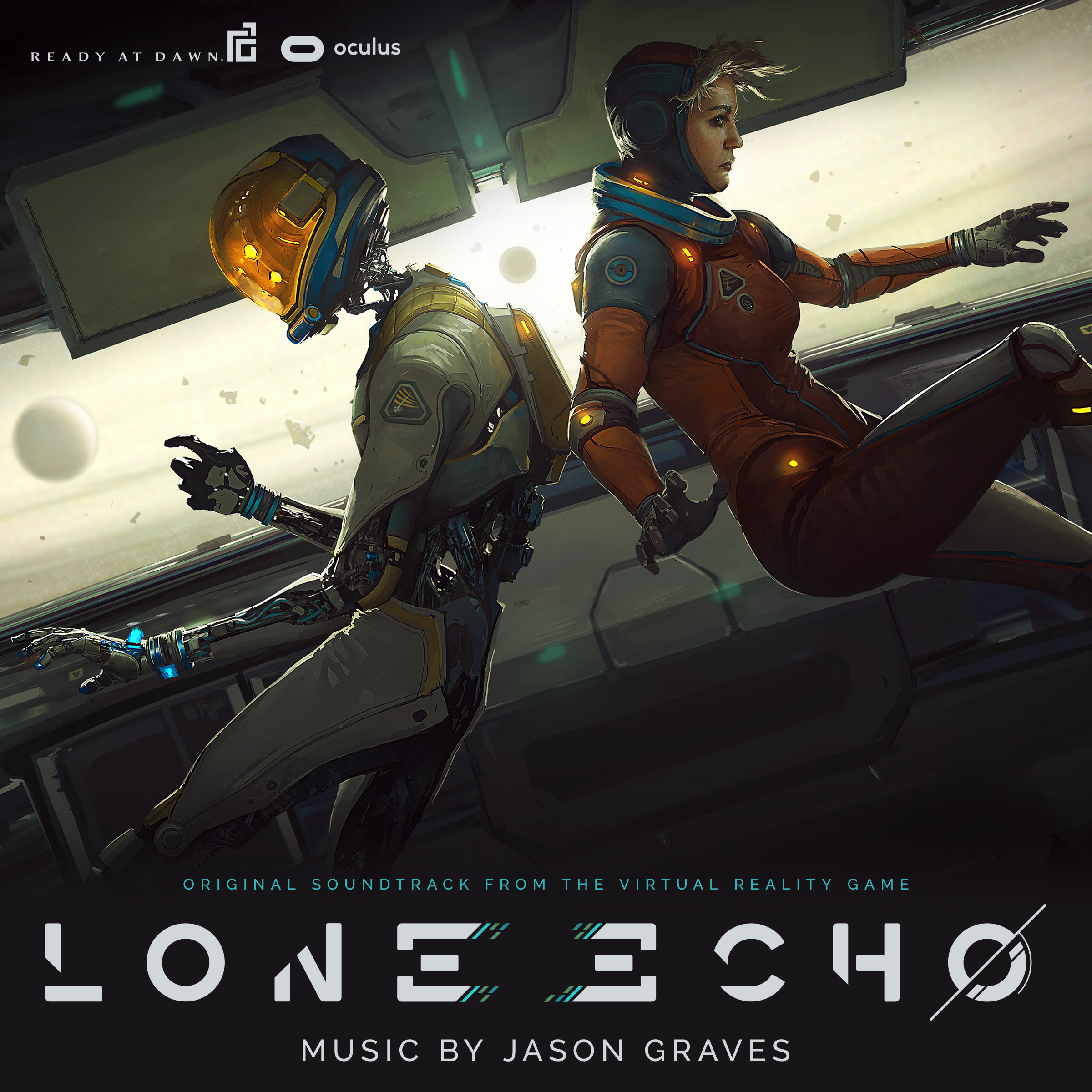 Images courtesy of Ready at Dawn