The creation of today’s expansive motion pictures is dependent on the contribution of hundreds – if not thousands – of creative collaborators.

During the post-production process alone, a project may have a dozen or more VFX facilities in multiple continents, an edit department in another state, and music recorded and mixed in another hemisphere. It never fails to hugely impress when you consider the process that must occur for one person’s creative vision to filter through the minds of so many partners, only to come out feeling coherent at the other end.

It’s an impressive process – and one that many of today’s most successful projects rely on. Worldwide collaboration is absolutely necessary today, as it enables productions to access the world’s best talent and creative thinkers, wherever they may. It also has the handy advantage of a 23-hour, round-the-clock international workforce. Handy when time is tight.

Nevertheless, this exercise in group thinking comes with a core concern: a huge number of people end up with access to a movie’s material, including storyboards, concept art, set photos, and even the film footage itself.

In a business built around a sense of ‘mystery and reveal’ – and perhaps more importantly, one which focuses rather intently on the bottom line – these materials are incredibly sensitive. When they’re in the hands of so many people, and in an age where large-scale unauthorised distribution is ever more easily achieved, how can studios protect their assets?

Some directors take drastic measures to keep their projects safe from leaks: the cast of Pacific Rim could only read their scripts on an iPad that auto-deleted the script after a set amount of time.

Territory Studios, a post-production vendor for Blade Runner 2049, reported that vendors were only able to read the production script once. This took place in a secure, controlled environment.

While this helps with high-level planning, day-to-day collaboration poses another problem. The advent of superfast broadband has heralded a raft of online tools that make remote collaboration faster than ever. But it has also created a situation that exacerbates issues around access: more people are collaborating faster and more efficiently, but they’re also sharing massive amounts of content that previously never left a studio’s infrastructure.

Remote collaboration via the cloud has revolutionized the post industry, but only tools that enable insular communication will ever be successful. Jake Morrison, Marvel Studios VFX Supervisor recently told me – “Communication is vital in post-production, but not at the expense of security. Anything that protects the filmmakers’ creative vision makes me sleep better at night.”

Many tools opt for the cloud for their collaborative workflows, but that can leave content too exposed for many of today’s more security-conscious studios. Certain productions require facilities to essentially be firewalled off from the internet, and ideally require no sensitive media is ever transferred via a third party – or even transferred at all.

So, on projects that require at least 10 to 20 VFX and post facilities, all working with each other and all in communication with supervisors, producers, the director – and potentially with the film studios themselves – how can remote collaboration be enabled, without risking sensitive content?

The best remote collaboration solutions store media locally and without transferring any media, but still enable simultaneous viewing from different locations. That means the media is as safe as the security of the studios working with it, as that is where it is physically located. Usually, local studio servers are protected both physically and with local digital security infrastructure, meaning the content can’t leak.

Encryption is also becoming far more common, ensuring that materials are only available or viewable under specific circumstances at specific times – and simply cannot be viewed outside of the review session in which they were required.

Watermarking also remains a tried and tested approach, the embedded data on digital and analog content instantly identifying the material’s source. Industry service providers have more recently started to adopt automated, on-demand, individual watermarking of all files to a much larger extent – especially on content shared with multiple vendors.

From every corner of the globe

I’m noticing a greater uptake of such approaches across the board, as many collaborative tools vie for new and unique ways to better reinforce security.

With an increasingly global post-production industry – where studios are looking for ways to cut costs or access the very best talent available – this technology has had to become faster, more synchronized, and more efficient. But now it needs to take the next step: remote technology needs to not just get the job done, but get it done in the most secure way possible. The slightest concern that a tool could result in the next big leak means it’s out of the game – sensitive content must remain out of the hands of pirates.

But this increased reliability need not come at the expense of efficiency. Today, remote workflows and cross-continent communication can be enabled without sacrificing security: the best tools are paving the way for a world where any team, anywhere in the world, can creatively collaborate and deliver great work without fear.

And that means more creatives talking about more new ideas, feeding into a more imaginative and exciting landscape for the world of entertainment.

Sound & Picture readers can try a full-featured version of cineSync free for 7 days. Click: https://goo.gl/SuTStu to get started. 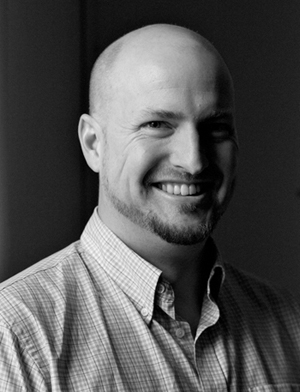 Rory McGregor is CEO of Cospective, creator of secure media review platform cineSync, which was recently used on production of Blade Runner 2049 and Thor: Ragnarok.