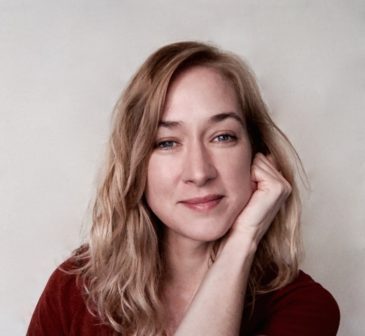 Allegiance Studios is the only feature-level VFX house in the Okanagan Valley of Canada’s British Columbia. A full-service company, Allegiance provides everything from pre-production services to the final touch in digital compositing, including each step of CGI (modeling, lights, shading, and animation) as well as environment creation and matte painting.

Allegiance’s whole pipeline is based around working with freelance VFX artists and clients around the world, so providing all of them with secure access to a central location where they can quickly add or get files is one of their most basic technical needs.

“We use Media Shuttle for all of our I/O, either to send and receive with VFX artists or provide full access for our clients,” says Dylan Yastremski, founder of Allegiance Studios.

Media Shuttle is Signiant’s SaaS solution that makes it easy for people to send and share large files with speed, reliability, and security. Its end-user UI or “portals” can be accessed on any web browser, providing a fast and easy means for employees, freelancers, clients and vendors, located anywhere in the Internet-connected world, to access and deliver content. Portals can be backed by on-premises and cloud storage, allowing complete control over content. Media Shuttle’s high-speed, intelligent transport mechanism and network optimization allows full use of available bandwidth, and checkpoint restart capabilities ensure that files transfer reliably even if there is a network interruption.

Allegiance tried FTP and has moved on

“FTP physically pains me, now that I’m used to Media Shuttle. If we have to pull an episode off a client’s FTP, it takes at least a day or two of just waiting to get the footage.” ~ Dylan Yastremski, Founder of Allegiance Studios

Over the years, Allegiance has tried several solutions including FTP, which Yastremski says “physically pains me, now that I’m used to Media Shuttle.”

The performance advantages of Media Shuttle have made a substantial difference for Allegiance. For example, they have a 1 Gig internet connection. If they are sending and receiving from production houses that have the same type of bandwidth, they can send 2TB of data “in no time at all.” To compare, there are times when they’re asked to pull a single episode off a client’s FTP and it takes “at least a day or two of just waiting to get the footage.” To avoid the slowdown, when clients mention they have an FTP server, Allegiance encourages them to use Media Shuttle instead.

Yastremski demonstrates his pitch: “We say, ‘Hey, we have our own setup, it’s significantly faster and more secure than FTP. It keeps logs of everything as well if that’s one of the security issues you’re worried about. Here’s your login info, we’ve set up a folder directory, and everything is based in a browser.’”

Of course, security is also a major concern with FTP, and has even been banned by the largest media companies. Media Shuttle ensures content is secure during transit and at rest, and also offers security and control features like the ability to assign end-user permissions and folder access within portals, so that freelancers and clients can only access the content they need within a file directory.

“You don’t have to worry about an artist making a mistake like moving an entire show directory to a sub folder, and we always know who has access to which content,” says Yastremski. “We now actually have control over all of our data.”

While Allegiance still sees some clients using FTP, it’s increasingly rare, especially among companies that seek to work on big budget productions. Many of the large studios have effectively banned FTP and will only work with companies that use Signiant or Aspera, because they meet the highest industry-standard security measures.

Yastremski continues: “Marvel and Fox and MPAA certification is something we’ve been working on. Now that Media Shuttle is listed, we’ve got something that works well and is affordable for our business. Now we can hire more artists and take on more work.”

Media Shuttle scales to needs and budgets of any size company, and is the first acceleration solution of its class that’s accessible to small and mid-size media companies, allowing businesses like Allegiance Studios to take part in the global media industry like never before.

Media Shuttle enables Allegiance to increasingly work on big budget productions and take clients from anywhere in the world. Additionally, as the only post-production studio on the Okanogan Valley, Allegiance is regularly sought out by production companies that are filming scenes and capturing footage of the beautiful surrounding landscape. With Media Shuttle, Allegiance is able provide a custom Media Shuttle portal for each visiting client to quickly send large amounts of footage back to their headquarters, wherever they may be.

Media Shuttle subscriptions come with the ability to set up an unlimited number of portals that can be customized to different workflows, teams and projects, including foreign language support and branding, making it adaptable to the wide range of today’s professional media businesses.

Allegiance Studios is a great example of what happens when creative entrepreneurs discover the right technical solution.