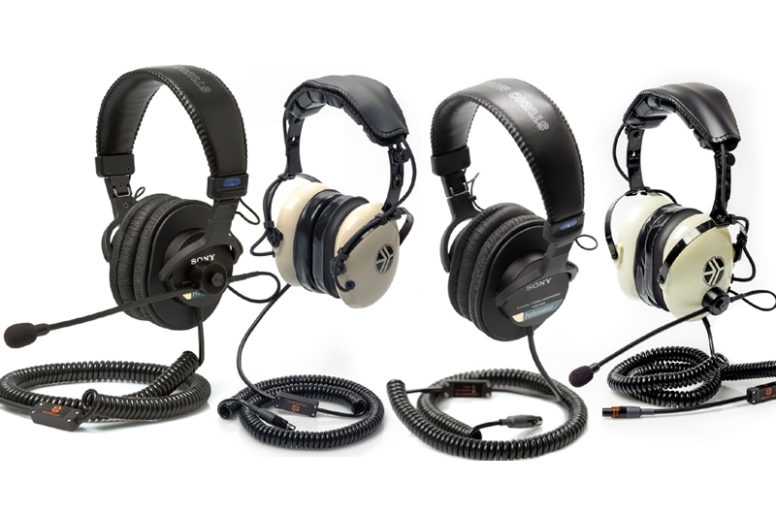 The term “headset” implies headphones combined with a talkback microphone, and Remote Audio has been making headsets for many years. The problem has always been that a microphone that works with one device may not work with another. Some microphones are made for traditional balanced microphone inputs with phantom power, and others are made to be powered with unbalanced inputs that provide 5V bias power. Both methods of powering these microphones are fine, but it would be great to have just one headset that works with either type. 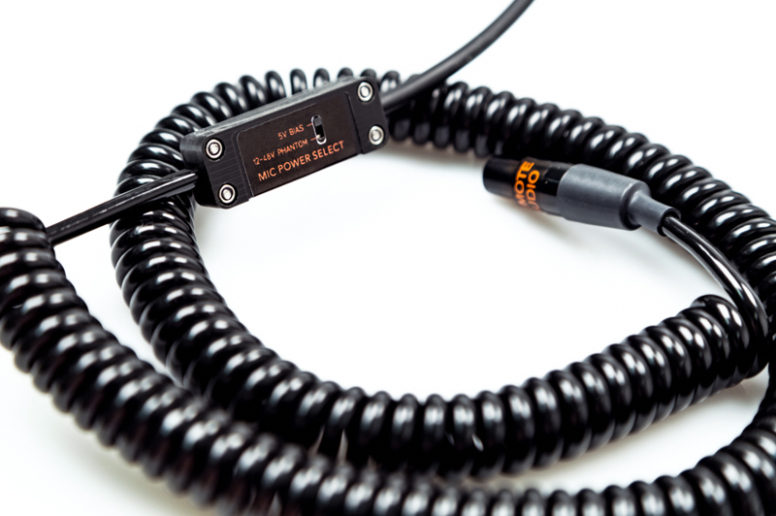 Of course, different mixers, recorders, and transmitters all have different input connectors. So Remote Audio terminates the headset cable to a TA5F connector, and offers adapters for whatever device you are using. For example, some Sound Devices recorders have a TA3 mic input that can provide 12V phantom power. In this case, the headset switch would be set to the phantom position, and a Y adapter with TA3 and 1/4” phone connector is used. Zaxcom recorders have a 3.5mm (1/8”)  unbalanced slate mic input providing 5V. In this case, the headset would be switched to 5V bias, and a Y adapter with 3.5mm (1/8”) and ¼” plug is used. The Aaton Cantar X3 also has a 5V bias slate mic input, but uses a single 3.5mm TRRS headset connector (Nokia standard) for both stereo monitoring and talkback mic, for which Remote Audio also has an appropriate adapter. There are also adapter cables for plugging the headset mic directly into popular wireless mic transmitters. The new Sound Devices Scorpio mixer-recorder has adopted the Remote Audio TA5 standard, so no adapter is needed. Just plug directly into the Scorpio’s “HEADSET” connector to have both stereo monitoring and high-quality talkback/slate/com. There is also an adapter for plugging the headset microphone into a standard 48Vph XLR mic input.

Remote Audio headsets offer two options for talkback microphone: 1) fully articulated miniature omni gooseneck mic, and 2), “in-cable” mic (think iPhone-style earbuds with the mic in the cable). The headsets are available standard with either the Sony MDR-7506 headphones, or the Remote Audio HN-7506. However, any other type of headphone that has its cable coming from just one side can be adapted with the in-cable microphone.

“Universal” means there is no longer an excuse to use a distant and noisy slate mic that’s built into your mixer/recorder if it also has an external slate mic input. With these new headsets you can now talk — or even whisper — into your mic so you can be heard clearly by your crew, the editors, and even yourself, while still monitoring with your preferred headphones.

GLEN TREW is a Production Sound Mixer with 40 years of experience in film and video production. Based in Nashville, Tennessee, he is the president of Trew Audio (a US and Canadian leader in sales, rental, and service of film and video sound equipment), the president of Remote Audio (a manufacturer of specialty audio products for film and video), and a member of the Hollywood IATSE Union Local 695 (active, retired).