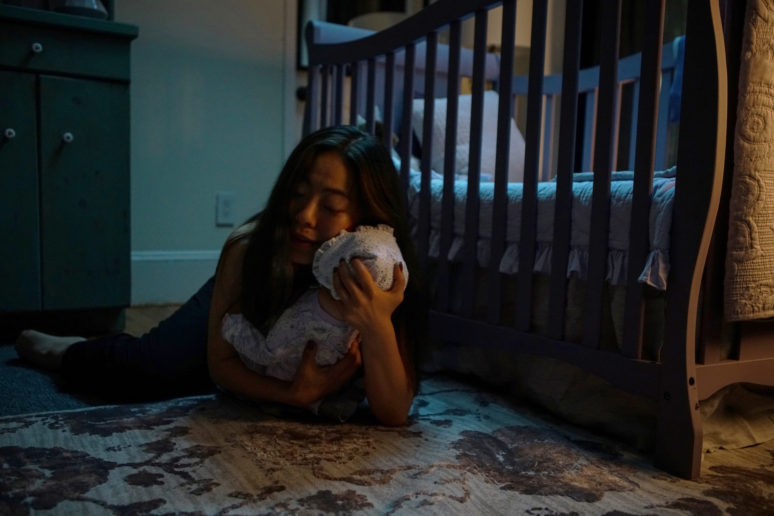 As a genre, horror projects have their own set of rules when it comes to cinematography. From the lighting to the positioning of the camera, cinematography can make or break a horror project. Especially when something as small as a shadow can symbolize or mean something much more significant. Some of the most famous examples of this are the monstrous shadow walking up the stairs in 1922’s Nosferatu and the priest standing under the streetlight in 1973’s The Exorcist.

A horror series currently worth paying attention to is Vera Miao’s Two Sentence Horror Stories. The title originally started as a digital series on go90 and as popularity increased, it moved to CW Seed. Now new episodes can be seen every Thursday for the rest of the summer on The CW. Shedding light on the dark tale is the show’s talented cinematographer, Guy Pooles. Below he discusses everything from the preparation he did for the show to how he got started in the business.

S&P: What initially drew you to this industry? And how did you get your start?

Guy Pooles (GP): Growing up in England, films were really my whole world. I loved the escape of narrative storytelling, but, being very dyslexic, books were always something of a challenge for me. Movies, on the other hand, were instantly engrossing. Even when I was too young to completely follow the plot of a film, the cinematography, editing, sound design, and score had this amazing ability to guide me through the suspense and emotion of a narrative. I honestly don’t think there was ever a time in my life where a career in narrative filmmaking wasn’t my greatest dream.

After graduating university and shooting a scattering of short films in the UK, I moved out to LA to study cinematography at the American Film Institute. Upon graduating, I was lucky enough to be awarded an ASC Heritage Award for my thesis film’s cinematography, and from there my career just slowly started to click into place.

S&P: How did you become involved with Two Sentence Horror Stories?

GP: A couple of years ago Two Sentence Horror Stories was a digital series of five episodes with a production that was smaller in scope. I was hired as the cinematographer on that season, and when the showrunner, Vera Miao, was green-lit to make the next season for The CW, she invited me to fly out to New York and be one of the two cinematographers of this new incarnation of the show. 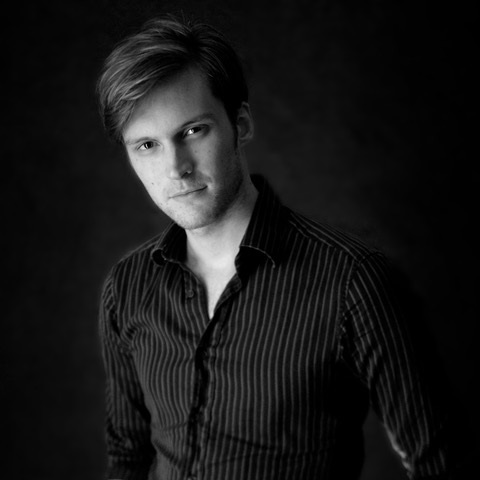 S&P: On your IMDB it lists you both as the cinematographer and cameraman for a few episodes of The Ferryman. Did you also do both jobs for Two Sentence Horror Stories or was that a one-off for you?

GP: I always prefer to work with a camera operator if the production can allow for it. There are a few reasons I push for this.

Firstly, in my opinion, the most important place for me to be is right beside the director at a monitor. This makes it so much easier for the director to voice a thought or ask a question than it otherwise would be if I were 20 feet away or in another room, stuck behind a camera.

Secondly, if my responsibilities are less tethered directly to the camera itself, this frees me up to have a better line of communication with the three departments that I oversee, as well as allowing for more side-bar discussions with the 1st AD to help keep us ahead or on track. It also frees me up and makes it easier to move around the set and take light readings, so that I don’t have to fall back on checking a waveform or false color as time turns against us and things begin to rush.

Thirdly, even the best digital eyepieces on the market today are still little more than a tiny TV screen that you view with one eye through a magnifying glass. I really think it’s a poor way to look at an image. Watching the take from a monitor affords a viewing experience slightly closer to how an audience will view the finished project. It also allows you to view the camera movement of a shot with pure objectivity so that you can experience it as a viewer and then deduce if it is working correctly for the emotion of the shot.

Finally, I really enjoy the process of collaborating with a camera operator. On this season I was able to bring on Colin Oh, who’s a good friend of mine and a great camera op. He was also the operator on the previous digital series incarnation of Two Sentence Horror Stories, so he was familiar with the tone of the show. On a tight production schedule like this one, having someone like Colin to suggest adjustments to the camera blocking or bring his personal experience to troubleshoot issues is a godsend.

S&P: When you found out Two Sentence Horror Stories was moving to The CW, was there something you hadn’t tried yet with the digital series that you had been wanting to do?

GP: This is really the joy of an anthology show like Two Sentence Horror Stories. The narratives are all so varied in their subject matter and you work with a number of such vastly different directors, that nothing ever has a chance to become creatively stale for you. I never find myself pining for the chance to try a certain visual technique or work with a certain piece of equipment because what I get the most excited about is whatever the perfect shot is for that specific moment of the story. It can be a shot as straightforward as a locked-off close-up on an actor’s face and it still feels infinitely rewarding, because you know that it’s the right choice for that moment. 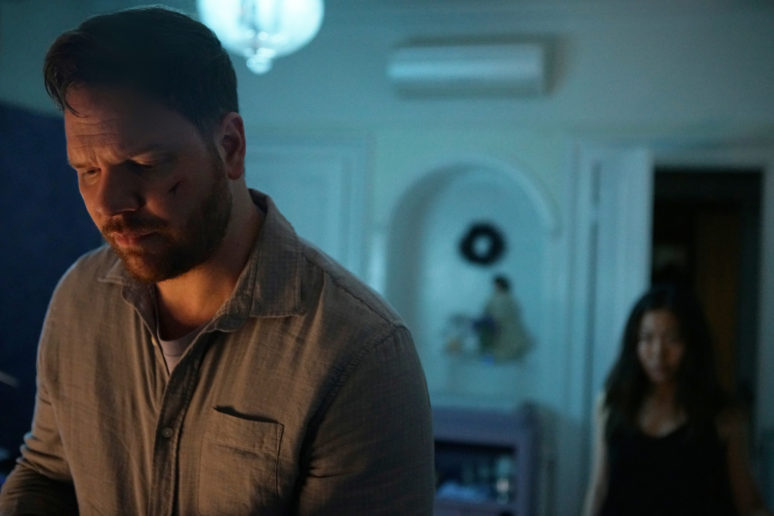 S&P: What are you most looking forward to fans seeing with the upcoming series?

GP: I’m a huge fan of the horror genre, but there’s often an inclination in horror filmmaking to focus solely upon a unique premise or on a terrifying antagonistic force at the expense of characterization. It’s very hard for me to emotionally invest in a narrative when no time has been taken to tell me about the protagonist. What I like the most about the episodes of Two Sentence Horror Stories is that the horror of the episodes is all built around character. It is through the fears, insecurities, or trauma of relatable, layered characters that the suspense of each story is able to exist and excel. I think that makes for a far more exciting viewing experience, and that’s what I’m most looking forward to people seeing.

S&P: What sort of preparation did you do for this show? Storyboards?

GP: Our schedule didn’t really allow for any kind of storyboarding on this production. However, with so many moving parts on a rather tight schedule, overheads became a necessity for me. Basically, any free moment I could find I poured into building detailed overhead diagrams with the directors that mapped out every camera placement, camera movement, and actors’ blocking for every shot of every scene.

This process can be a lot of work, and very time-consuming, but going into every shooting day with a visual battle plan of each scene that can be easily understood by every department is one of the most valuable tools you could ever hope to have.

S&P: As a cinematographer, does it take you time to adjust to projects that are quite different from each other, or do you simply complete one project, figure out your approach, and go on from there?

GP: No two projects are ever the same. Even if I am hired onto a film or a series that might feel like familiar territory for me, I still make sure that I wipe the visual slate clean and begin to work with the director to build the visual language from scratch.

I feel like if I’m not diligent about this, the temptation could be to fall back upon ways that I shot or lit similar scenes in the past because it might have worked last time, and because there’s a comfort from knowing with certainty how to execute something. However, clinging to your comfort zone like that is never what’s best for the project. If you don’t push yourself to truly break down a script and build a new visual language from scratch, then you’re really doing yourself and the entire production a disservice.

S&P: You work both in the US and the UK. Does your style change at all depending on where you are?

GP: My approach to the visual language doesn’t change at all. However, going from LA to England, my execution of the craft does change somewhat drastically due to one very significant variable: the weather.

England is a very challenging country to shoot in because often the light is drastically changing every few minutes. Sometimes within the space on an hour, you can go from direct sunshine to an overcast sky, to rain, then back to sunshine again. Whether you’re shooting a day exterior or a day interior, you always have to have diffusion frames or flags or lighting units built and on standby; ready to be panned in when the clouds change, to bring you back to where you had the exposure a moment ago. Often you find yourself riding the iris during a take, just to ensure that you’re holding all of the information of the image.

Though it might be occasionally exasperating, it all becomes worth it when the perplexing English weather delivers you a breathtaking sunset, or a cloudscape, or a delicate fog that you never could have predicted or planned for. It’s a beautiful country and I really love shooting there.